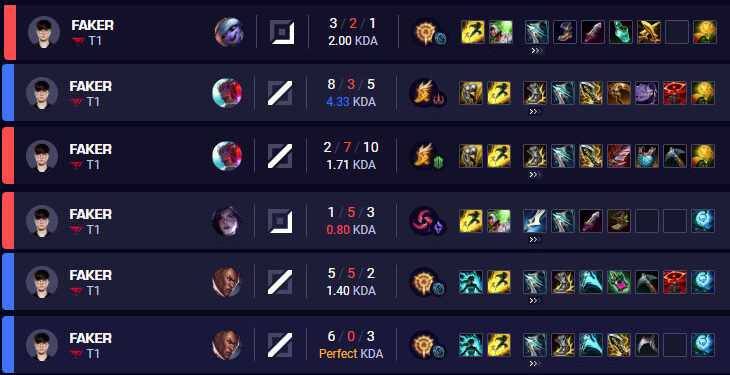 Galeforce has been widely built in Patch 10.25 by many champions like Yone, Tristana, Lucian or Graves

With the complete overhaul of the item system in Preseason 2021, Markman Mythics have been underperforming in comparison with other Mythics. With the changes in 10.25 Galeforce suddenly became the most popular Mythic among all other items. Especially in Korea, where pro players like Faker are now also abusing this item.

The first reason for the sudden popularity of Galeforce comes from the fact that this item has received extra love from Riot Games in Patch 10.25. Besides the 5 bonus AD, Galeforce cooldown was also reduced to 60 seconds. Only 60 seconds cooldown for a free “flash with extra damage” is just something too good to be true.

Galeforce’s damage is also triggered at the same time with its active, which make it even better. More damage at early game is something everybody wants in such a fast meta at the present, especially for champions that need early pressure like Yone, Graves or Tristana.

The active doesn’t have any delay as well, you can using it at the same time with your champion abilities. This creates such OP combos like Lucian E + Galeforce that can be extra safe compare to usual, while still mantain a certain amount of damage output in most situations.

Moreover, it provides a bonus movement speed for each Legendary item you have. The longer the game goes on, this movement speed advantage shows more clearly. Better movement speed means better map controlling, positioning, and even split-pushing, all those advantages without paying any extra Gold are just too good to be ignored.

In short, too much advantages for the same price. Galeforce is predicted to rule League of Legends in the following patches, at least not until Riot realise the situation and bring out a hotfix for this item.

What do you think? How about build this item today?