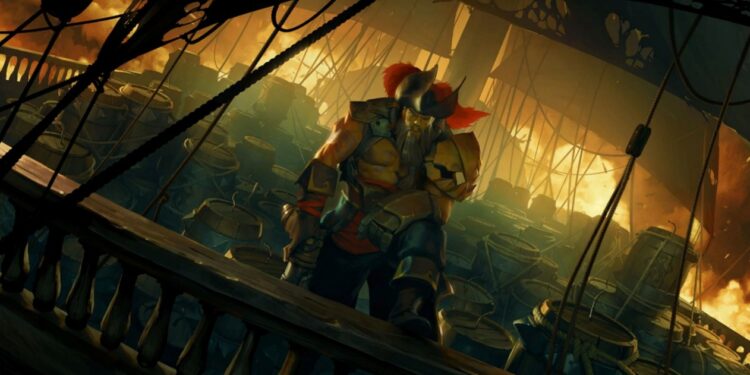 Gangplank is mainly known for his laning bullies in the top lane for his Parlay harass, yet his early game dominance does not always transfer to late game. Riot Games is now looking over various fixes so as to adjust the champion potential in the late game.

On Twitter, developer ‘Phlox’ asked players whether they would prefer a powerful laning phase — something he already possesses with his Q ability — or a buff in the late game.

The feedback was extremely positive, with Phlox himself speculating on a buff that would reduce the harassment of Grasp procs on his Q and replace it with greater late-game potential. While the team still hasn’t gone to the last conclusion, it is consistent that the champion will have “mini-reworks” that shipped in Season 11.

Gangplank is probably one of the more diverse champions since he can either go top lane or mid lane, and can go for a bruiser build or even an assassin one-shot build. In League of Legends gameplay, Gangplank can already inflict a lot of damage in the late game. If successfully connected, his barrel chains can deal massive damage and can bring your teams lots of advantages.

However, he can be very squishy in team fights and his barrel can be countered easily by long-ranged attack in the late game.

It is also showed that Gangplank’s power will decrease as the game goes on. According to LoLalytics, his win rate reduces drastically as the game gets longer and longer, from 48.5% at 0-15 mins to 45.35% at 40+ mins.

Though, that might change later in LoL Season 11, as Riot looks for ways to increase Gangplank’s potency later in the game.