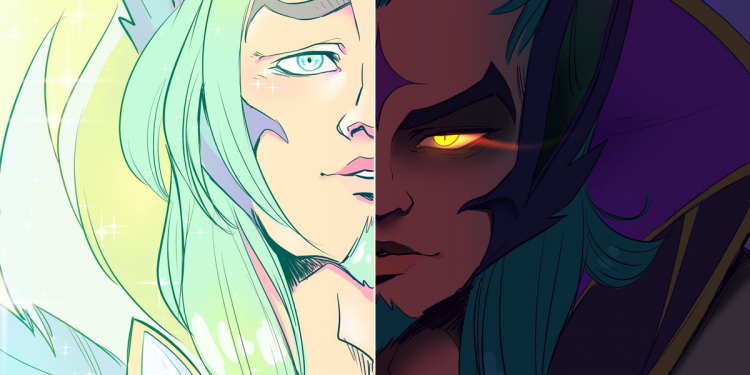 In League of Legends, each champion’s skill-sets were designed carefully for different purposes such as damaging, controlling crown, preserving, or becoming a leading combat open tool. These development’s process diversified 148 legends with their own soul and they have never just been a new character added in for remaining this game as long as possible.

But in specific situations, Riot Games also favors some champions with amazing skills that can handle many tasks at the same time.

Let a look on top Ability-set that can both protect teammates and start a great teamfight!

Alistar is a support-tanker that was created in the first seasons of League of Legends. Being an extremely strong and famous champion with the combo Tramplet+Pulverize, Alistar is always defaulted to be a good choice that supports teamfights with combos and great toughness from the ultimate.

But in addition to the ability to open the fights has become a brand, The Minotaur can be turned into a good sponsorship with his W-HeadButt.  By allowing the enemies to be thrown in a fixed distance after active, Alistar can use it in the cases where his teammates are being threatened or extinguish the opponent’s ganking plan or tower diving perfectly.

Not only that, with his toughness, thi support can absorb a part of the damage that the marksman must be bear and return safely instead of sacrificing for the bottoms as other weaker supports.

The second name of the list belongs to an utility Support specializing in shield granted or damaged, Janna. Contrary to Alistar, Janna is not a heavy tanker but a champion that take her own position in the League thanks to her excellent defensive ability.  By master the skill set effectively, Janna can immediately sweep the opponents’ intention to rush in her team with Howling Gale (Q), buff huge amount of shield with Eyes of the Storm (E), slow down the enemy with Zephyr (W) or hold back the assassins with Monsoon(R).

Strong in the beneficial effects, but you should not disregard her in combats set up.  Janna’s Howling Gale (Q) has a long range and can knock away as well as Malphite’s Ultimate if it can stays away from enemies’ vision.  In addition, with pro players, they can also take advantage of the ability to throw back with Monsoon(R), kidnapping the opponent if there is a chance. This is certainly not an easy task because it requires the ability of the players to read the matches well and take the opportunities on time, too.

Despite of being a original mid laner, Galio shines in a support position and is heavily used in matches from professional tournaments to ranked games before being nerfed (You know who is the reason, right ).  Not too strong in terms of damage dealing but the perfect perfection from his skill set makes Galio always popular.

The most special is still Shield of Durand (W) and the Ultimate Hero’s Entrance, 2 skills that make the name of this champ.  With a long range and large radius, Galio can comfortably engage in teamfights with heroes like Jarvan or Sett. Not only that, although the combo Justice Punch (E)+ Flash has been removed, the Shield of Durand is still a heavy weapon for the giant Guardian to cause a widespread and taunt effect.

With the ultimat , The Colossus is also able to get into the carries and knock away who are coming close for attacking.  Not only that, after landing, Shield of Durand will immediately taunt the enemies to help the teammates escape safely. This is a very effective combo in different situations.

Talking about Protection and Teamfight Opening, Rakan can be named as the king of these tasks.  Possessing the maneuver like a magician with his skill set, Rakan can enter and exit fights marvelously, knocking out and causing the charming effect then escaping easily.

Rakan’s Grand Entrance (W) has long been defaulted as the main tool for him to be able to knock and combine enchanting combos on a large arena. But it is also useful in protect your teammates.

With a fierce attack from the opponents, Rakan only needs to throw the opponent successfully and then quickly use E to withdraw to be able to neutralize the danger for the team.  Not only that, but also create an additional shield for allies when activated. Comprehensive like that, it does not blame why he and his wife always has a place in different meta?

Like Galio, Shen was a discovered in a supportive position. Although he does not appearing much, Shen still shows that he is a champion with the ability to protect very well, especially Shadow Dash (E).  With the ability to glide forward and taunt, Shen can launch a surprising teamfight with E+flash combo that surprises the opponents formation and adds damage from teammates.

But thanks to his innate strength and abilities like Spirit’s Refuge (W) allows Shen to dodge basic attacks or The Ultimate Stand United can provide the highest armor in the League.  Shadow Dash (E) can be used as a very useful tool to help Shen neutralize the danger of his teammates and take part of the damage for them or otherwise can also use this skill to maneuver through the walls quite well.

A move that can open a fight, provide high maneuverability, protection is almost perfect.  However, this is considered the most difficult tactic on this list and if not careful, you can slide E and become a portable sandbag at any time.

Just like Rakan’s Grand Entrance, Malphite’s ultimate Unstoppable Force is also known for its ability to engage in fighting rather than to protect.  With this famous ultimate, Malphite is indeed a potential danger when it can both deal a large amount of magic damage and knock the opponent for a long time.  However, in some specific cases it also works to keep both teammates and him safe.

Furthermore, Ground Slam (E) is absolutely helpful in combats when it reduce high proportion of Opponents’ Attack Speed. They even don’t have enough time to realise that they can’t do anything at that moment.

It would be miss to not mention Kalista though it is not a support in any form like the names above.  Kalista’s ultimate Fate’s Call is a terrific initiation or team fighting tactic that supports are desperate when it offers great defensive ability.

Kalista can open the fight indirectly by throwing teammates at the opponents to knock away and repel the enemy.  But on the contrary, in urgent situations when her supports being threaten, it can be a great rescue tool which immediately makes these ones unassigned and safely backed away.

What is your favorite ability-set in the game? There was any mistake in our analysis? Let us know in the comments and thank you so much for improving us!!!