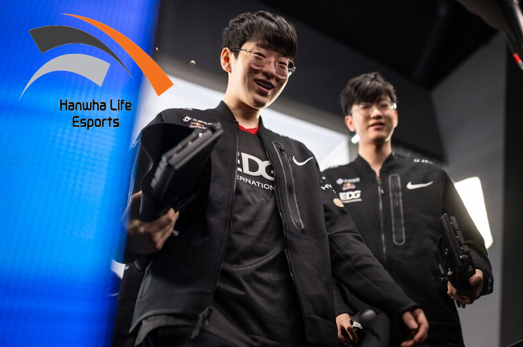 After parting ties with its 2022 roster yesterday, Hanwha Life Esports was reported to be moving in a lot of different directions behind the scenes. All members of the team except for top laner Lee “DuDu” Dong-ju left the organization.

Hanwha Life teased fans with a YouTube announcement video today, confirming the rumors that were going around regarding who might possibly join for the 2023 season.

After spending two years in the Chinese league, Park “Viper” Do-hyeon, a former EDward Gaming player and 2021 world champion bot laner, will return to the LCK. At the League of Legends 2022 World Championship, he and EDG finished in the quarterfinals before being reverse swept by DRX.

We are happy to announce that ‘Viper’ has joined HLE once again. We warmly welcome bot laner ‘Viper’, who has won the world championship and has excellent aggression. Please look forward to the new story of HLE that will unfold together with HLE ‘Viper’ in the following season

Viper has been a hotly disputed player in the offseason despite being one of the best marksmen in the world. He had been rumored to remain in EDG at first, but with his signing, Hanwha Life has now acquired a powerhouse roster as well. Lee “Scout” Ye-chan, a former mid laner for EDward Gaming. The other members of the team have not been confirmed.

Having said that, Viper’s return to the LCK is anticipated to raise the level of competition in Korea. This is going to be the most interesting LCK offseason in recent memory because teams are still trying to finalize their lineups and because DRX’s Worlds players are free agents.