Has Riot gone too far with Akshan’s abilities? 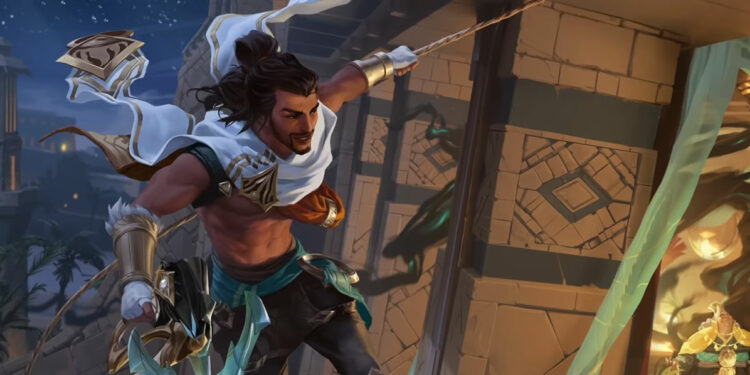 After Riot Games announced the release of the game’s newest champion, Akshan, a substantial section of the community has expressed their doubts of the champion abilities.

Many players were surprised to learn that the Rogue Sentinel, Riot’s first mid-lane marksman, has the ability to resurrect teammates. When an opponent champion kills one of Akshan’s friends, Akshan will brand them as a Scoundrel with the Going Rogue passive. When Akshan defeats a Scoundrel, he gains extra gold, but more significantly, he resurrects his teammates.

It’s not uncommon for LoL players to be suspicious when a new and supposedly powerful addition to the game is released. The Rogue Sentinel has split the community with his new and unique mechanics, which some belief will be broken from the start.

This is the first time in League of Legends’ 11-year history that a mechanism like this has been introduced. If Akshan succeeds to clear a team fight, that team can potentially earn an immediate revival. This might be game-changing in the late game, or it could force teams to exchange kills on purpose to gain early advantages.

This is of course not the first time that the League community bump into new and unique mechanics in Riot’s new champions.

Champions such as Senna can possibly gain an infinite amount of stack and can eventually have an auto-attack range up to 1/3 of the entire map. Or recently is Viego when he was first introduced in January, many players were skeptical that his passive grants him the ability to possess dead opponents would be to broken. Up till now, Viego is undoubtedly unbalanced after just a few months in the game, and he has been through multiples adjustments in 6 patches because of bugs.

This has sparked its own criticism, with players claiming that mechanics like these can only be balanced by constantly adjusting throughout the game.

Some players are dreading to fight against Akshan, while others are enthusiastic that Riot continues to add new features despite the fact that more than 150 different champions have been introduced. It’s unclear if Akshan will be broken or not when he’s released, but we hope that Riot can still the balance in their game.