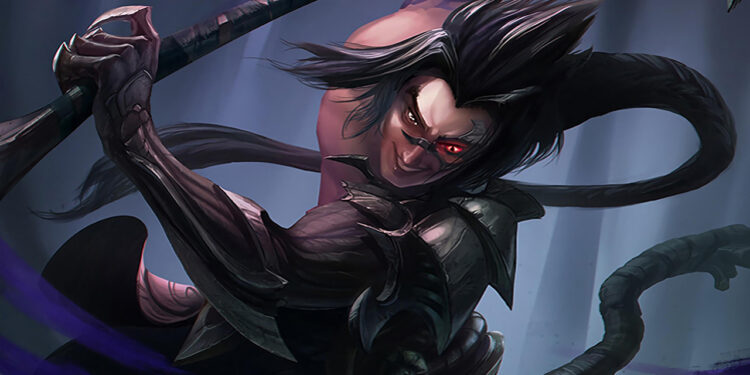 Finally, Kayn is about to have a new skin after 1013 days…

If you guys don’t remember, our LoL community has a group of champions called “Club 1000“, whose members are the ones getting no new skins after over 1000 days (approximately 3 years). Lately, Kayn has officially joined this club as his latest skin – Odyssey Kayn – was released 1013 days ago!

However, as stated by some interesting news, Kayn is going to leave Club 1000 when his name was mentioned in the list of champions having Prestige skins in 2021. Specifically, in the latest post introducing the rest of Prestige skins in 2021 of Riot Games, they added Pantheon, LeBlanc, Kayn, Volibear, and Brand into the Prestige list. Nevertheless, this information was published on the Turkish LoL homepage, not the English one, so we actually could not confirm whether or not it was official.

According to Riot Games, Pantheon will be the next champion to have a Prestige skin. He is apparently getting Ruined skins (both ordinary and Prestige editions). Then, one of LeBlanc’s skins will be “gilded” to create a “golden” one (similar to Zed’s new Prestige skin). Finally, Kayn, Volibear, and Brand are probably receiving Prestige skins at the end of 2021.

So, Kayn will stay in Club 1000 for several months, maybe from 3 to 4 months. However, he will not be so sad as Fiddlesticks is also taking part in this club as this scarecrow has not had any new skins for 956 days!