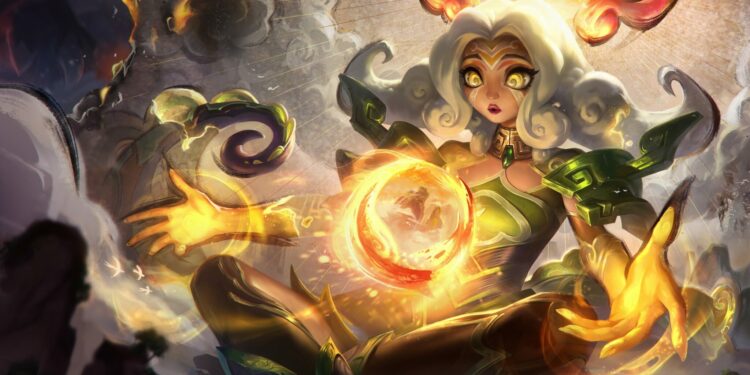 Players have pointed out that many of her visual bugs have drastically destroyed her kit. Thothowaffle, a Reddit user, has put together a detailed list of Neeko’s visual bugs in the official League of Legends subreddit.

Some of these bugs include a problem with her VFX connected to items Neeko creates that appear through her shapeshifting passive. Her W ability, Shapesplitter, which sends a clone of herself in a designated direction, likewise has many VFX bugs.

Neeko has become practically forgotten in the past as a result of this. Crown of the Shattered Queen and the Banshee’s Veil are the most significant.

In particular, when the player activates her W, it will be unable to properly display the VFX of these items when disguised as an ally. This puts the champion at a disadvantage when it comes to deceiving her opponent because the visual display of those items are too clear to detect. Furthermore, her disguises as various champions cause certain modifications from the original version.

The total number of bugs resulting from Neeko’s VFX with items and champions are 15. This is a huge figure that has been around for a long time yet has gone unnoticed by Riot. The league community believes that by exposing these bugs, the dev will immediately engage so that she may be picked again in the near future.