Jankos blames G2 losing streak on “falling behind in the meta” 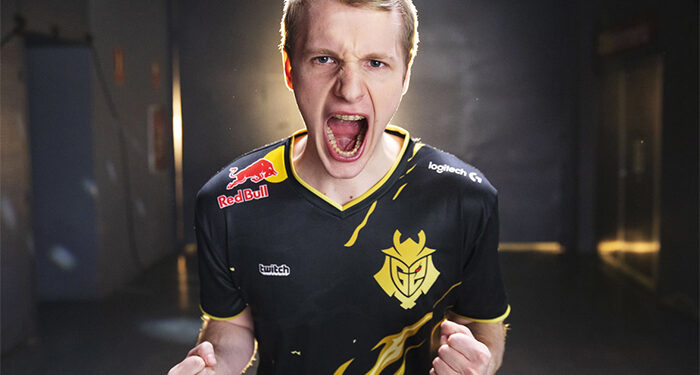 The G2 Jungle player Marcin ‘Jankos‘ Jankowski went in-depth on the team’s subpar performance in Weeks 3 and 4 of the LEC on the most recent episode of the LEC’s EUphoria podcast.

From the MSI semifinals to the LEC seventh place. One of the biggest surprises of the Summer split so far has been G2’s poor play in weeks three and four, with Europe’s MSI representatives losing matches to some of the league’s poorest rosters.

Jungler Jankos spoke with hosts Daniel Drakos and Marc ‘Caedrel’ Lamont on the LEC’s EUphoria podcast on July 20 about G2’s recent flaws. While he didn’t hesitate to criticize the team’s recent performance, he is still convinced that they can come together for the playoffs.

He claims that there are two parties accountable for G2’s recent shortcomings. The team’s inability to quickly adjust to the constantly shifting metagame has been their first problem.

He admitted to Caedrel and Drakos, “I feel like we fell behind on the meta, and we were too slow to react to the patches. However, I think as a team, we still had a very great grasp on how to play the game.”

The LEC did not actually experience any particularly significant changes in the draft from spring to summer, despite the contentious durability update that came just after MSI and before the start of the summer split. Jankos explained how he felt like G2 had fallen behind even with such a small improvement.

“When we came back from MSI, the meta was still the same. And then I think, over the course of a couple of patches, the meta shifted a bit, and we fell behind.”

The second challenge facing the squad is one that’s a little trickier to fix: the issue of subpar individual performance.

He said, “I felt like we were basically dying in the early game everywhere. You can even mention Rasmus “Caps” Winther and I losing in a 2 vs 2 match this weekend to SK Gaming. You may also bring up the fact that the top lane got ganked, the bot lane got solo killed, or that we lost the 2 against 2 matchups on top vs Fnatic.

“I feel like there were just many things that went wrong. Everyone was just sucking.”

Nevertheless, Jankos is still optimistic that G2 will be able to turn things around in time for the Summer playoffs despite this relatively gloomy take on their recent performances. In order to move out of the bottom four, the team will concentrate on “improving laning and jungle pathing, and repairing the early game as a whole” during the next two weeks.