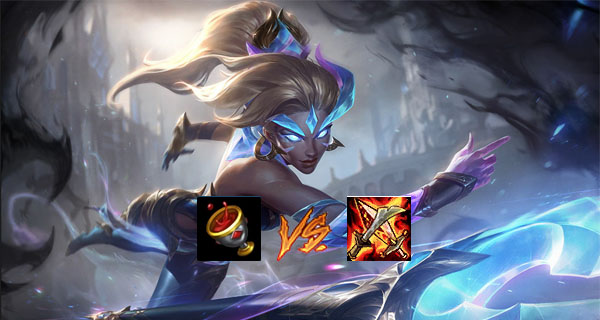 Is it true that Lich Bane is no longer the most optimal item for Nidalee?

In the current meta, Nidalee is one of the strongest jungle champions in League of Legends thanks to her super quick camp clears, high mobility, and good snowball potential. She is also used a lot in the competitive scene, where her ban/pick ratio at the 2020 World Championship play-ins stage has reached 89 percent.

The most recommended build path for Nidalee currently is building Lich Bane after completing your jungle item. This kind of build is very strong if you are looking for straight damage, but it however does not bring much utility and versatility to the table. A lot of Korean Pro Players also choose to rely on this build to achieve a significant win-rate with this champion. However, LCK caster and analyst, “LS”, publicly criticizes Lich Bane with his tweet, saying that the item is basically useless on The Bestial Huntress.

He stated: “When you have champions like Twitch/Camille on your team, stop turning off your brain and building garbage items like Lich Bane and ‘Rod of Aneurysms’ and actually just enable your teammates”.

Essentially, Lich Bane is the best item to maximize Nidalee’s damage. Not only does it give her more AP, this item also provides Nidalee with huge burst potential when she uses her Q – “takedown”, in cougar form. The downside of Lich Bane, though, is that the item offers pure damage, forcing Nidalee players to engage aggressively for the item to be useful.

Meanwhile, Athene’s Unholy Grail, like LS mentioned, brings about much more utility. Keep in mind that her E – Primal Surge does not only give you healing, but also a crazy amount of attack speed for your teammate, if your team composition has a strong AD Carry, Primal Surge would significantly increase his/her damage. For that reason, this build path is the most optimal one for competitive League, where team synergy and utilities are the top priorities.

So, was it right for LS to say that Lich Bane is useless on Nidalee? The answer relies very much on the situation of the game. In a competitive environment, Lich Bane is not really a good choice since it is very hard for one jungle champion to carry the whole game, and aiming for utility seems to be more useful. In solo queue, where high damage can win you games, Lich Bane is still a very strong, snowball item for Nidalee to dominate her enemies.