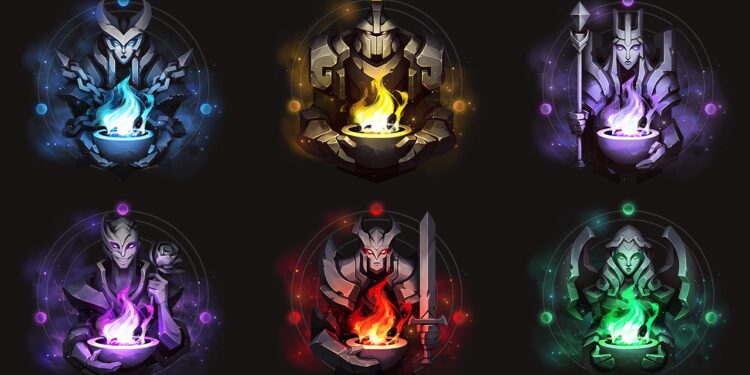 Eternals is a great concept that was given out by Riot in 2019. Despite the overall success, some champions’ Eternals are extremely hard for players to achieve.

Eternals is great. It brings a completely fresh experience for lots of players who only love some specific champions. However, there are even some Eternals that may eventually harm your gameplay flow. For example, Orianna’s Eternals that requires 3 champions getting “Ult-ed” by Orianna (don’t get us wrong, it’s great, but players may keep their Ultimate available for the entire match to look for that kind of play) or Kassadin’s Eternals where it requires you to stop a channelling champion by casting Q (it’s hard to find a channelling champion and it’s even harder to cancel them just in time).

Recently, on Daniel Leaver (Riot Rovient) – Designer on Events/Skins team for League of Legends’ Twitter Page uploaded 5 consecutive posts about his ideas on how to tweak Eternals that are extremely hard to complete/achieve.

Daniel’s tweets have received a lot of positive supports from the community. A lot of players have contributed various ideas on how to adjust the system. There is one noticeable idea about all the stats recorded via “Amount” for example “Slayer Heals” – Sylas. It requires roughly 250,000 healing by using Sylas’ W. What if Sylas in the future is nerfed heavily, especially his W. That problem will make farming this “Slayer Heals” much much harder.

These are just ideas that Riot is thinking about changing them. We don’t know when it will come; however, this is one of the first steps they are looking for to adjust and perfect their system before bringing out the 2nd version of Eternals.