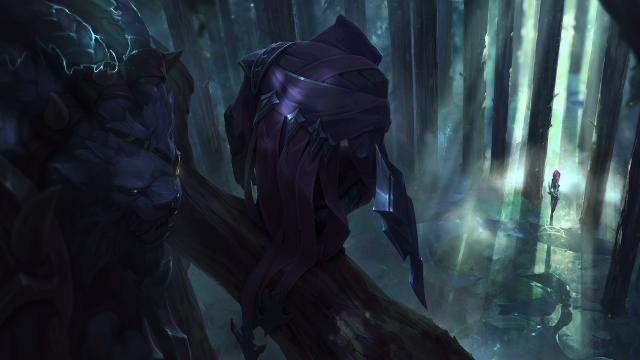 Issues related to general balance and development new champions in League of Legends are causing Riot Games has to receive harsh criticism from the community.

The new generals, which are “OP” rework compared to the common ground

This is something that we can most easily recognize, when new or rework generals become so powerful, that if it falls into the hands of a good player, there is almost no way to overcome it. The first case of this problem is when Riot Games remakes Irelia, after being redone almost all of her skills when only Q is retained, Irelia quickly becomes that terrified of the Generals in the upper road area with the ability to Solo almost never lost lane.

In addition, there are cases where we can mention that there are remakes of Akali and Aatrox when the two generals are redone immediately, becoming the strongest general in the Middle and Top Lines. . If you feel that picking Riven is too insecure, but you can’t pick Ornn because of the lack of damage, Aatrox is the perfect choice when the ability to surf is strong, the damage is strong, healing is good and special. is the ability to control no less than any general.

As for the new generals, maybe Sylas is the most typical case since the general’s skill is too strong in both the ability to push soldiers and duels, even  fight are very good thanks to the W skill – He regained a lot of blood when he first debuted.

Whenever Nerf is the Out from Meta

So strong but when Nerf is really a hell with the generals in LOL. As in Akali’s case above, from the position of a very strong midline champion, if not the strongest, only one phase of nerf into a smoke bomb combined with the healing ability of Q – the five-pointed dart removed, Akali falling with out falling into the status of only 40% of the winning rate not too long ago.

However, the heaviest must be Azir when this general from is a powerful Hypercarry in Mid – lane has been badly nerf and weak so no one can use it anymore. Do you remember the mechanism of pushing pillars quickly by sand soldiers? Riot even took Azir’s unique ability and now Azir into a champions that no one wants to play, not because it is weak or requires high skill, but this champion is no longer interesting to attract. gamers.

This is probably the advantage of League of Legends when the new generals are released continuously along with the remakes are also extremely much. However, the harmful effect of this is that Riot Test at PBE are not good enough, Riot does not appreciate their power and when released or too strong or too weak make the “Hot Fix” patches constantly makes gamers worried when they don’t know if their cabinet generals nerf.

Note: Yasuo will still be Hot Pick no matter how heavy Nerf is

Moreover, the generals are released a lot but to really be effective, it is not much when the generals with stable strength throughout many years such as LeBlance, Ezreal, Varus, Noctune etc still have a place despite how many. the other hotboy hotgirl emerged and faded away. Perhaps it is time for Riot to reduce the number of new reworked generals or generals and take care of these new champions so that they are really good, the strength is enough, the interest in the skill set is there instead of out launch was in a hurry and then they was mercilessly by Nerf.