League of Legends – Analysis: Things to know before Yuumi appears on the official server 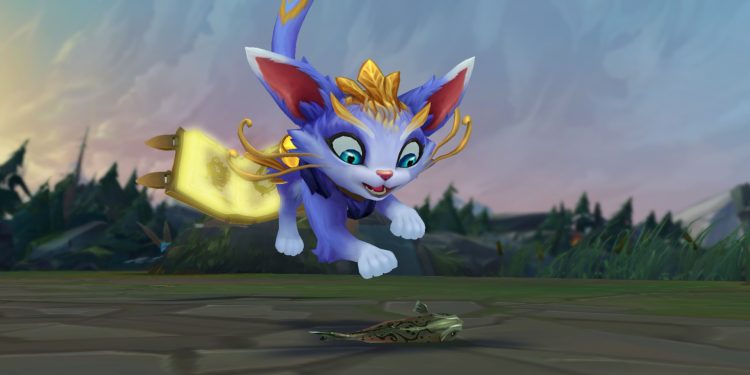 Yuumi – The Magical Cat upcoming in the League ò Legends is not suitable for those who like to play solo 1 vs 1. This is really a champion for players who know … use the brain.

Riot continues to release new generals and Yuumi officially becomes the 144th general and will debut in version 9.10 of the League of Legends. This is truly a general that has many unique features and will surely bring comedy with the ability to cling to his allies.

However, if you want to become a “Yuumi OTP”, you need to know the following.

Yuumi will start the battle with a point available from W, allowing her to cling to her allies. However, Yuumi can still upgrade her Q and E skills, meaning she has 2 skills at level 1.

This is very beneficial in early fighting situations, Yuumi can the  damage then cling to the allies without dealing additional damage, and addition to healing allies.

Yuumi’s W skill is very special, allowing Yuumi to follow the allies she is connecting to anywhere.

In particular, Yuumi will be invisible if she clings to stealthy champions like Rengar, Twitch, Shaco … This can bring unprecedented super combinations.

Yuumi does not have the ability to clean up monsters, Q is the single target damage, W is completely useless, E loses enough blood to deal with the high damage of the monster. Could Yuumi use her ultimate technique to farm monsters?

When clinging to an ally, Yuumi can avoid a lot of skills that are almost inevitable. For example, when enough blood has  from Urgot’s final attack, but promptly clings to his allies, Yuumi will not be dragged into the saw.

Karthus Requiem or Tempered Fate of Bard will not affect Yuumi if she is using W.

Yuumi is very weak, blood and armor are as low as Sona, so it is risky to use common skills or fighting. Yuumi’s fighting phases will need to be understood by Yuumi teammates or otherwise extremely counterproductive.

Yuumi can help her allies with more skills, but at the same time leave them alone, under attack from the enemy. So, when you use Yuumi, your teammates may not like it very much.