League of Legends and CS:GO: Best of the second quarter in 2020 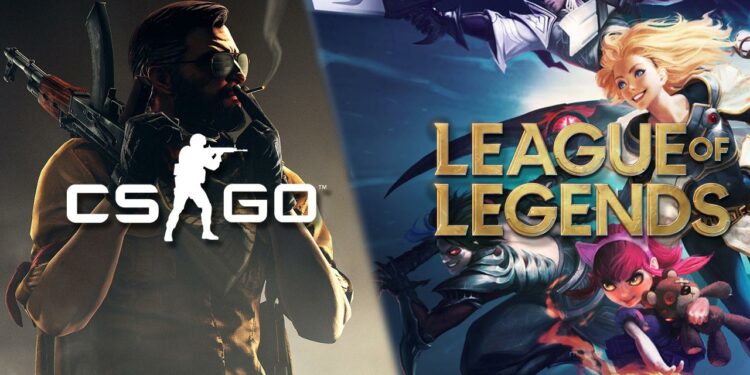 League of Legends and CS:GO: Best of the second quarter in 2020

In spite of has not been released worldwide but VALORANT has also been named in Tier-2 group in 2020:

The second quarter of 2020 marked a major turning point for esports due to the impact of the COVID-19 pandemic. This is also a major impact on the global game industry.

With the COVID-19 pandemic still not under full control and people still taking steps to guide social spacing, the numbers of “gaming hours” or “hours of esports” are particularly important.

Contribute 15% and 20% respectively to help The Esports Observer build the chart above.

In related developments, Riot Games’ brand new strategy shooter, VALORANT, made its debut on The Esports Observer’s list. VALORANT became a Tier-2 group after the closed beta was released in April – the first month of the second quarter.

Although the esports segment of the game has not had much time to develop, but setting a series of records from the time of alpha test is enough to make VALORANT one of the most popular PC games at the moment.

Many major events have been cancelled, making esports organizers creative and adaptable for online tournaments. Despite the status quo of many major game titles, League of Legends and Counter-Strike: Global Offensive are still at their peak, according to a report by The Esports Observer.

LoL and CS:GO are the top two games on the rankings of the most influential PC games of Quarter II / 2020.

The Esports Observer explained that the number of players and the number of hours watching tournaments are two of the most important factors that brought League to the top of the quarter – according to research they collaborated with analytics partner Newzoo. .

On the other hand, CS:GO still organizes big and small tournaments and gives the most prize money in the second quarter compared to all other esports.

CS:GO was first released on August 2012 for Microsoft Windows and OS X through Steam and Xbox Live Arcade. The response to the review was generally positive from professional critics.

Metacritic review site for PC version total score of 83/100 based on 38 reviews from professional critics.

Thus, it has become one of the most successful first-person shooting game in this decade which is equivalent to Call of Duty series.

Moreover, CS:GO has also been a popular culture symbol for terrorists and special forces all over the world that may be seen in Crossfire which shares the same genre.

We don’t say much about League of Legends because since it first released on October 2009, this game has been showing to be one of the most remarkable and fantastic video game online for any players, for any ages.

Nothing can stand and promote so impressive like LoL nowadays, even Age of Empires 3 is not a proportional competitor to this “big guy”. League of Legends (LoL) is the eSports game with the largest community on the internet. The number of active players in LoL every day is a tremendous amount, which grows daily.

The numbers of viewers watching this competitive eSports matches in live streams has steadily grown over the years too. League of Legends betting has naturally appeared in the eSports world. There are many betting lovers that try their hand at eSports

Maybe this video below can explain something about the symbol of E-sport.

General speaking, it is so unspeakable when talking about the topic: What is the best online game ever? CS:GO or League of Legends? I cannot tell you how this quarrel can hardly stop but the fact is that they are all deserve for the that title. Every critic can say what ever they want about these games and there is a very very long time ahead to judge it in a carefully and completely way.