League of Legends: Appearing in Arcane, Vi gets some upcoming changes in patch 11.22 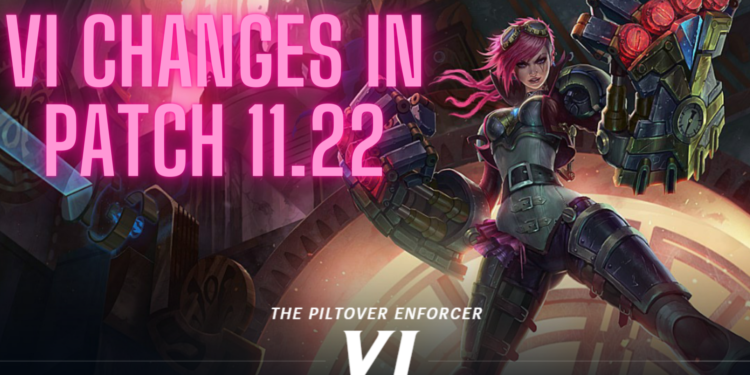 Vi is a champion that has been favored by Riot a lot lately when constantly taken over attention on all fronts of the League of legends.

The League of Legends community is looking forward to the Arcane animated series to be on air after witnessing the eye-catching teasers from Riot. Arcane revolves around the two main characters Vi and Jinx along with the battles in the cities of Piltover and Zaun, so Riot always knows how to exploit these champions thoroughly.

Both Vi and Jinx are preparing to received new skins based on this animated series and also will come to season 6 TFT as champions as well as Chibi champions. And not to let Vi be underrated in League of Legends, Riot’s design team continues to make adjustments so that this champion can return to the meta and compete with other champions in the Jungle.

Riot August, the designer of Vi, shared on his personal Twitter about the changes in Vi’s skills in patch 11.22. He said Vi is a champion that has appeared in League of Legends for 9 years and has not changed much, so this adjustment will be quite noticeable.

First, Vi’s Q – VAULT BREAKER is given a slight increase in knockback time, from 0.7 to 0.75 seconds. At the same time, every time Vi uses this ability to dash through terrains, the distance is also slightly increased. The most notable point is that this Q will now be easier to combine with Flash, thereby helping Vi players to perform unexpected and accurate ganks (Just like Gragas’ E + Flash combo).