League of Legends: Conspiracy theories – will the next champion be Yone, Yasuo brother? 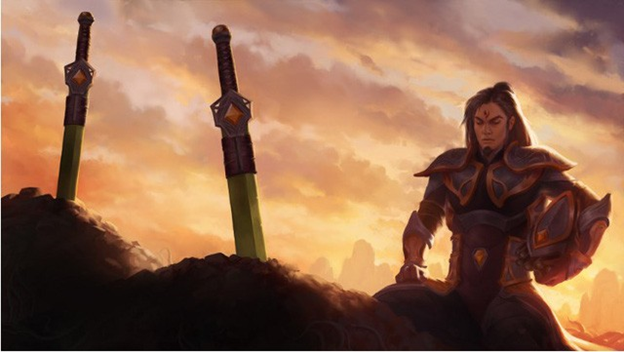 Yone – Yasuo’s brother is considered by many to be the new champion that Riot Games alludes to in the latest video.

In the latest video of the Development Diary series 2020, Riot Games talks a lot about the old and new champions of League of Legends.

Riot Reav3 revealed a new skin with an Eldritch Horror theme for Volibear and was given away free of charge to all players who owned the champion before rework.

The video then talks about new events and how Riot Games introduces gamers. This year, major events will be associated with the champions of League of Legends, specifically in the summer will be 2 champions. And then Riot Reav3 said a very interesting sentence: “As for a masked stranger, well .. some demon should remain in our past”

It is this meaningful statement of Riot Games that has sparked a lot of conspiracy theories about the new champion, will this be a champion and some kind of devil? Besides, an image seen as a teaser of two new generals was also introduced by Riot, in the middle of the picture we have a red sword and surrounded by a series of swords stuck to the ground, very similar to the culture of Ionian swordsmen.

We need to understand that the term “demon remain in the past” refers to certain past events that haunt people like the demons in the mind. Combining facts like Sword, Iona, Haunted Events, Sword Grave, Death, we have a character that best suits these things is Yone, Yasuo’s brother.

Yone is Yasuo’s brother and is also a swordsman for Iona. It was Yone who chased his younger brother and was later killed by Yasuo in a life-and-death fight. Perhaps killing his brother Yone is a thing in the past that haunted Yasuo. Therefore, gamers have more reason to believe that Yone is the new champion that Riot refers to.

The last point makes people believe that Yone is a new champion because he appeared in the Legend of Runeterra with Senna. Both characters are assumed to be dead, Senna escaped from Thresh’s lantern and returned spectacularly. And Yone, many people look at the red sword in the photo above thinking that this guy will become some kind of Darkin, some kind of immortal warrior.