League of Legends: Do Little Legends lay eggs? – “Place your wallet upon the platform to see true greatness.” 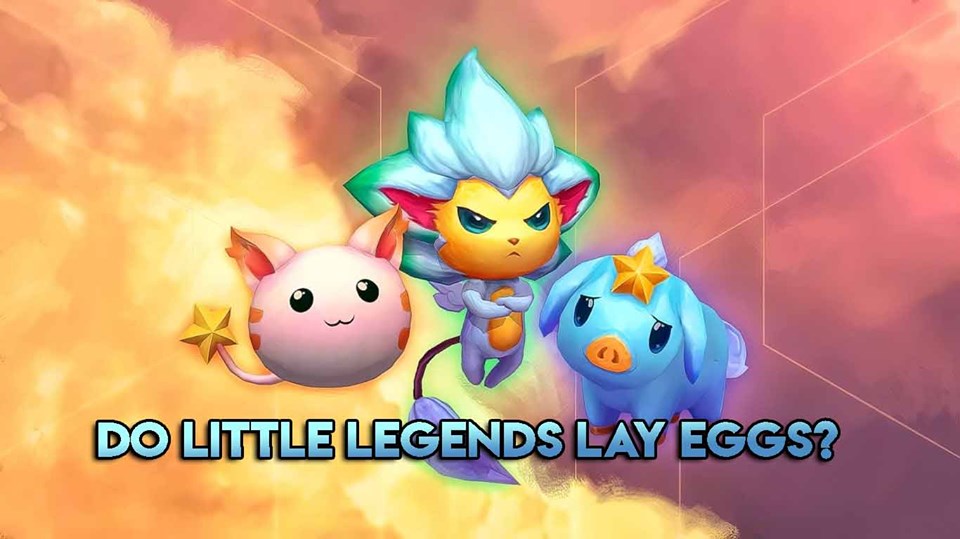 Riot Cactopus approached the peak of the tallest mountain in all of Targon. Panting, out of breath, he heaves himself up the last step to find a simple platform with runic inscriptions from an unknown language. He kneels before the platform, perplexed. Suddenly, he hears a soft whisper, a cold wind all around him, breathing into his ear,“Place your wallet upon the platform to see true greatness.”

He doesn’t understand where this voice is coming from, but the compulsion is overwhelming. He places his wallet on the cold stone, and the runes ignite with a magical flowing energy. They pulse… pulse… pulse… and a blooming light appears above the platform as a small egg slowly descends. He picks it up and examines it. It’s warm… so very warm. He trades it between his hands a few times, wondering what its purpose could be.

Then he hears a small crrrkk. And a louder crack that splinters down the egg shell. He drops it in a fright, and it falls to the ground and shatters—a huge explosion of light erupts from the egg! He is blinded and falls backwards. He opens his eyes, blinking a few times, trying to see clearly… and into focus comes the most lovable, adorable, magical creature he has ever laid his eyes upon. His life will never be the same.