League of Legends: Ezreal can trigger Dark Harvest even when the enemy is full HP 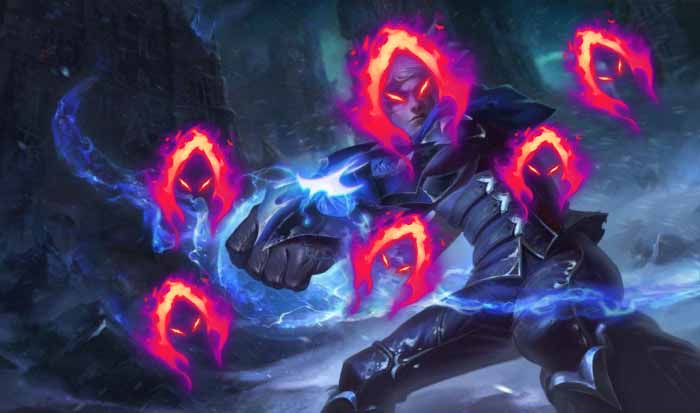 Ezreal players are probably the most disadvantaged pre-season 2020 when champions are too nerfed, they are too heavy when losing the lane. Compared with other champions like Gangplank, Jayce, Vladimir, Kayle … then in addition Kleptomancy, they can also use other runes such as Fleet Footwork, Grasp of the Undying, Conqueror. …

Ezreal is different when the player must use Conqueror because there are no other runes strong enough and match this champion after the Kleptomancy is removed. However, a good signal for gamers is that Ezreal is suddenly implicitly buffed when the player discovers this guy can collect enemy souls even when they are full HP.

In principle, Dark Harvest will only activate when you damage an enemy champion below 50% health and deal additional damage and collect that soul. However, in the video above, Ezreal is able to capture the soul of the enemy, in this case Pyke, when he was revived and full health, even the Ultimate of Ezreal didn’t even bring the opponent’s health threshold below 50 %.

There are a number of theories that suggest that upon reviving, the champion’s health is zero and is fully healed afterwards. Even so, it doesn’t make sense, if it’s true, the enemy must die when Ezreal hit. This is so strange that Riot Games’ system designer, Riot Rovient himself, did not understand. Perhaps there was one more game error that Riot had to fix.

Let’s start with why we removed Kleptomancy. Klepto had two identities: give you consumables to play around and give you gold long-term. By the end of Season 8, it became pretty apparent that neither of these strengths were impactful enough that you would ever consider this rune on any champion other than the few that could proc it way more than anyone else. Therefore in Season 9 we decided to try to focus on one of these identities and broaden it so that someone other than Ezreal and Gangplank would consider it when presented with the ideal situation.

Consumables in League are pretty bland for gameplay (they’re just stats or regen in some form or another), so we tried out Klepto as the greed farming rune that granted you a gold advantage. While it definitely hit the strategic layer of “take this to punish boring farm lanes,” we feel that experience is just a bit too miserable for opponents, as it mostly just made range mismatch lanes really punishing.

Without existing consumables we were happy with—and because we were unwilling to keep Klepto as an economy rune—we knew we needed to do something larger scope.

The first step was to explore and see if we could actually create cool, short-term bonuses: If we aren’t limited to existing consumables in League, can we come up with satisfying gameplay? Iterations in that space ended up reasonably fruitful. At one point, the rune granted you one of five possible buffs every minute that had explicit strengths, such as “Amb(r)ush: Gain a damage and haste buff when you exit a brush,” and “Conquest: Deal bonus damage to objectives.” But we generally understood that buffs like this were too complex for the rune system. Granting other keystones was a natural step from there—it’s lower complexity because it’s not actually introducing something new to learn while giving players the opportunity to make clever choices.

Beyond that, Omnistone is also more of an exploration into a “player style rune” rather than a “champion rune.” We know some players will find it fun to play with, but we also know that this kind of mini-game isn’t for everyone. Ideally it’s a viable rune that no one feels pressured to take. It’s not quite hitting that bar right now, but luckily we patch the game regularly. Keystone and champion tuning has become really intertwined in a way that often limits the player choice we’ve always wanted with runes—here’s to hoping Omnistone can break that mold.