League of Legends: Faker’s failure at Worlds 2019 was predicted by Faker in 2016? 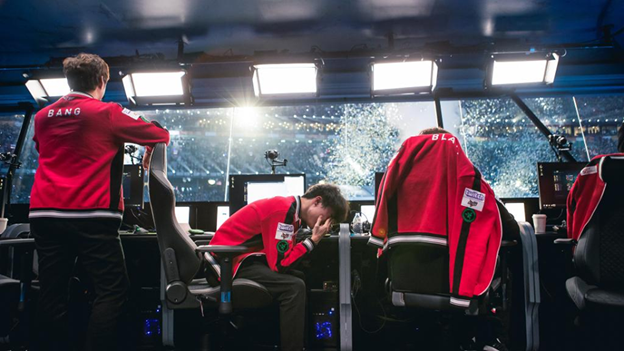 After SKT T1’s failure at Worlds 2019, Inven Global’s Twitter posted an article about Faker’s painting in 2016, a picture of Faker’s “future” theme, and his visuals of his life in the future.

The picture capturing the future of 2023, Faker focused on studying, sitting in a chair and reading a book. Easily visible on the right of the picture is a souvenir corner, which showcases photos of Faker and his teammates celebrating the world championship. Date of painting 19.09.2016, signed Lee Sang-hyeok – Faker’s real name.

The picture was made before the 2016 Worlds, and the fact that SKT won, but in 2017, they lost to Samsung Galaxy in the Finals, and this made Faker’s prediction no longer correct.

However, Faker correctly predicted that he would not be able to gain glory at world tournaments in 2018 and 2019, as evidenced in this picture, Faker missed these two milestones, and the next championship. after 2017, he predicts that in the 2020 season, the World Championship next year.

Until now, the LCK has accepted the fact that they no longer hold the No. 1 position of League of Legends. No matter what the final results for Worlds 2019, LCK will start with MSI and Worlds 2020 with a weaker position.

In Worlds 2019. Korea brings to the tournament many potential young players, which are Clid, Effort, Teddy of SKT, Tarzan, Viper, Chovy of Griffin and Nuguri, Showmaker of DAMWON. They will be responsible for rebuilding the LCK empire, of course, Faker, Khan … will also contribute to that journey.

Unable to say anything, let’s hope that the LCK will soon find a new direction to return stronger in international tournaments by 2020.