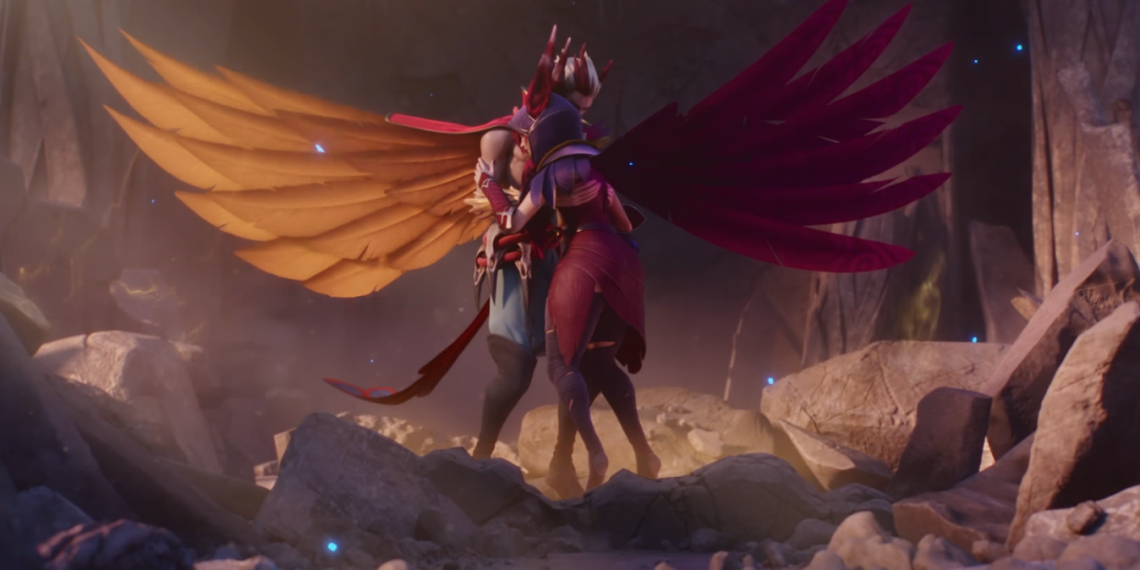 Rakan is the only male general to be skinned during this anniversary, but the love of his life – Xayah is not. This surprised many fans and argued because Riot once claimed that Xayah and Rakan couples will always receive skins as well as general appearance changes, and during their time together in the arena. justice, this remains as committed until now.

With the risk of not being able to see the IG Xayah skin appearing next to Rakan, the fans insisted on fairing her by designing the Xayah IG skin based on the introduced IG concept and releasing it in the update next.

The artist kept the color scheme and costume design of IG, even “dyeing” Xayah’s hair into yellow to match the other girls’ hair color. The way to color, design and how to build the cover is very consistent with the style that Riot always oriented. All fans claim that this is a great “comforting” skin for Xayah’s abandoned lover.

Although I don’t know if we can see Xayah wearing this skin, at least the fans have done their best to see the happiest couple of the League of Legends together. All the IG needs to do is to win once again World Championship and choose Xayah with the same skin as Rakan.