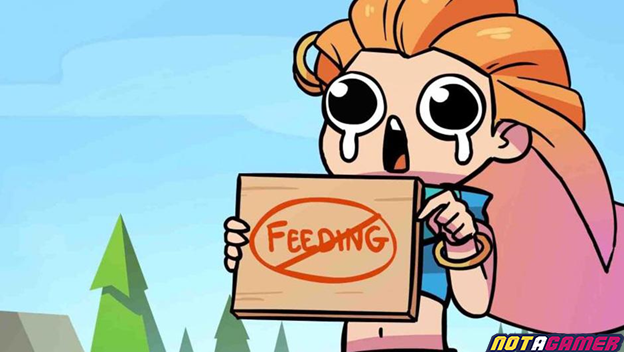 AFK stands for “Away From Keyboard” which refers to players who do not control their champions for a certain period of time.

But in case you still play normally, your team says you AFK, that means the other person is angry at you and asks you to quit the game.

“GG, WP” stands for “Good Game, Well Played” used to praise the efforts and honor of the game that you have devoted.

However, in Vietnam Server, for some reason, “GG” is interpreted as “surrender” and is often used by gamers whenever Combat win is more or about to lose.

“Gank” is Jungle’s specialized term and is frequently used whenever the team wants you to support or counterattack a certain way.

However in Vietnam, along with Yasuo’s strong rise in season 4, the term “Yasuo Gank Team 15” GG “has a rather sarcastic connotation and is interpreted as” Having Yasuo on the team, the match will be lost just 15 minutes “.

Outplay is also the definition of “level” and “reckless” of League of Legends players and this is also part of the cause of the term “Yasuo Gank Team 15” GG “above.

Closing Bandages is a technical term but quite contrary to Snow Ball. With Snow Ball gamers will boost the advantage and with Freeze gamers will start the game safely and keep the soldier unchanged.

Freeze action is often used by gamers to limit the opponent’s farming ability and to ensure safety before the gank of the Jungle.

Backdoor is understood that you will reach by the back door without going to the main door like the others.

In the League of Legends, “Backdoor” is understood to be a shortcut to victory when you do not engage in an opponent who stealthily destroys the opponent’s Nexus.

Feed is understood as the action of breaking the game every time you die, the stronger the enemy is, and the Feeder is the one who offers the most for the opponent.

Feed and Feeder is a way to distinguish the Western gamers, however, just go to the table to count a few times that you have become a Feeder and a high probability of receiving a few Report from the team. “Pick Yasuo and feed more than 5, Auto Report”

Is a special term born from the highlights of gamers, making fans deeply impressed. The most typical is the “Insec”, or “Madlife”, “Play as Faker” …