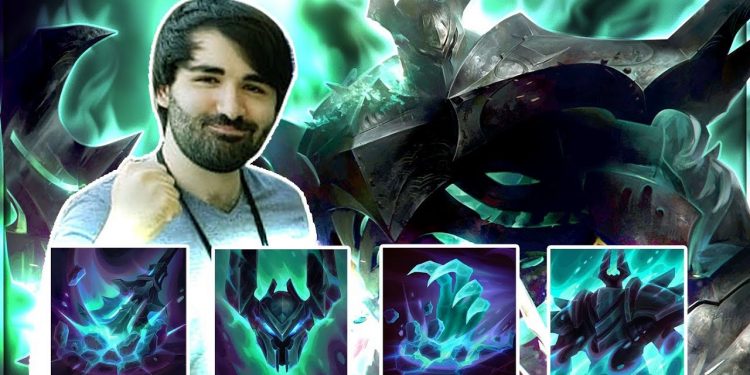 Every time they prepare to launch new things to the community, Riot Games sends invitations to the Streamer in the Alliance Partner program for them to introduce on behalf of Riot. But sometimes this also brings some risks such as Akali and Yuumi leak before the release date.

But with Mordekaiser remaking the image and the skill set, everything seems to be under Riot’s control. The new skill was revealed on May 28 and on the 29th after that, the famous streamer Joedat “Voyboy” Esfahani uploaded a Mordekaiser gameplay that he made in Riot’s studio.

Not long after posting the video related to Morde remake, the international community discovered many new things that appeared in Voyboy’s Video.

The first is that whenever Voyboy dies, the middle of the screen right at the notification part The cause of death is blurred. This prompted fans to speculate that Riot finally remade the system to report that the cause of death is in error – a change the community has requested for years.

But why does Riot Games have to blur while just cutting it? It seems that Riot wants the community to speculate more when the last cause of death is redone.

The next thing is that in the store there is a support device labeled “test.” This means that it has not been released soon and will still have to be tested under the supervision of the design team.

The item is called “Spellthief’s Ring”, allowing the buyer to choose between receiving gold plus every second / healing / attack dame / magic power. This has a large branching in how it works for supporting items. Perhaps the Riot is trying to integrate the play a bit and allow different support generals to use the starting items. It is unclear whether users have to choose between those indicators when buying an item, or if we can switch the indicators later, such as net support can start with receive gold and then switch to HP at the end of the battle.

Spellthief’s Ring is vastly different from the current Support items in the Game. And perhaps, Riot is aiming to give Support generals more options in the starting equipment.

But most notably in another Video, while selecting General Voyboy revealed a symbol of the mysterious general named Aphelios. This may be the name of a project or code, but may also be the name of the AD assassin introduced in the April development roadmap.

What makes all of us wonder is is this because Riot intentionally revealed it? And if it’s true, what are we going to get? This is probably a difficult question that will take a lot of time to learn and explain before Riot has a new move for these issues.

In short, does Riot know the information leaked by a famous streamer in the community when Riot Games has a closed-mouth habit? And if so, what is Riot’s intention when Voyboy shares them?