League of Legends: It turns out Riot Games had intended to nerf Aatrox right from the rework 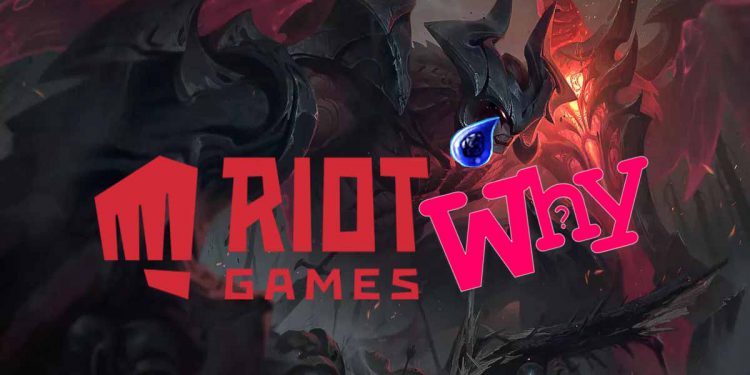 Ever since the rework, Aatrox has always been a very strong champion in the top, mid, and sometimes jungle positions. And throughout his existence so far, most of the changes aimed at Aatrox have been nerfs and a few times modifying his ultimate is  disadvantage.

“The weapon was a prison, sealing his consciousness in suffocating, eternal darkness, robbing him even of the ability to die. For centuries, he strained against this hellish confinement… until some nameless mortal was foolish enough to try and wield the blade once more. Aatrox seized upon this opportunity, forcing his will and an imitation of his original form onto his bearer, though the process quickly drained all life from the new body.

In the years that followed, Aatrox groomed many more hosts—men and women of exceptional vitality or fortitude. Though his grasp of such magics had been limited in life, he learned to take control of a mortal in the span of single breath, and in battle he discovered he could feast on his victims to build himself ever larger and stronger.

Aatrox traveled the land, searching desperately, endlessly, for a way return to his previous Ascended form… but the riddle of the blade proved unsolvable, and in time he realized he would never be free of it. The flesh he stole and crudely shaped began to feel like a mockery of his former glory—a cage only slightly larger than the sword. Despair and loathing grew in his heart. The heavenly powers that Aatrox had once embodied had been wiped from the world, and all memory.

Raging against this injustice, he arrived at a solution that could only be born of a prisoner’s desperation. If he could not destroy the blade or free himself, then he would embrace oblivion instead.

Now, Aatrox marches toward this merciless goal, bringing war and death wherever he goes. He clings to a blind hope: if he can drive all of creation into a final, apocalyptic battle—where everything, everything else is destroyed—then maybe he and the blade will also cease to exist.”

And it seems like everything that’s going on in League of Legends is exactly what Aatrox wants, his ultimate now no longer has the ability to revive, meaning he will literally die.

Perhaps Riot Games himself anticipated that Aatrox would be unbelievably strong and would embed these details into his story.