League of Legends: Korean LoL legends predict the LCK Spring 2020 – T1 will not be able to win the championship 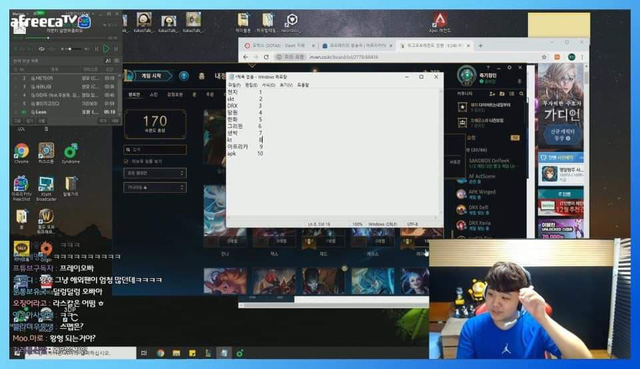 Transfer market for the 2020 season has basically been completed, the forces of professional teams are also announced. After the 2nd failure in a row at Worlds, the LCK region continues to change.

Recently, former LCK players, including Wolf, Ambition and PraY, made their predictions about the LCK Spring 2020 in turn. And all comments were that Gen.G would win.

1. DAMWON Gaming or Gen.G will win

Ambiton places absolute faith in Gen.G. However he also appreciated DAMWON. According to Ambition, T1 was much weaker than before and it was hard to dominate the LCK.

PraY still believes that Faker and his teammates can afford to go to the final match. However, Pray still thinks that Gen.G is the team that owns the best team in the LCK, and will win the championship.

Even Wolf is pessimistic about T1’s ability to win. Wolff predicts that T1 will rank 3. These three players all consider Gen.G to be a strong candidate for the championship next season.

With Rascal, Bdd and Clid. Gen.G owns the best lineup in every position. On the contrary, teams like DragonX, Griffin, and T1 all lost stars and added unappreciated options. DragonX has Chovy, T1 has Cuzz, but these additions are not enough.

T1 was judged weak, especially when compared to Gen.G Esports. The top lane is really a much suspicious option. Roach is not such a good name, almost certainly, he will be difficult to replace Khan.

The question is how will T1 solve the personnel problem, when an important position of them is underestimated? In addition, Faker is also showing signs of decline, and in that context, who can afford to carry T1?

It is expected that the LCK Spring 2020 will officially begin at the beginning of the new year, and that is the time we have the opportunity to evaluate the strength between teams.