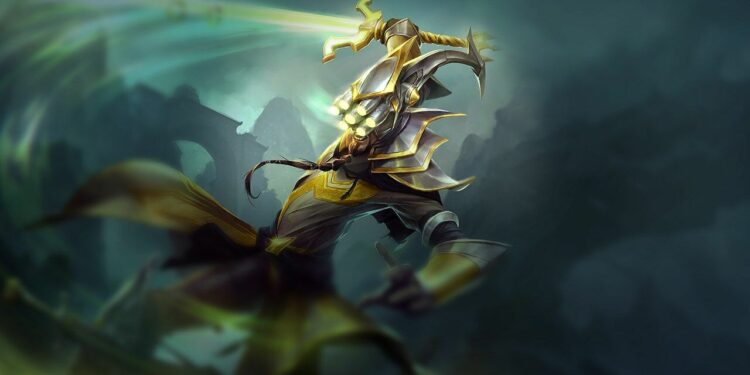 Master Yi’s win rate has taken a severe hit after the jungle experience and gold changes – and the Q players do not like that. Fortunately for them, Riot Games is going to address their travesty…

A sizable change list has been posted by Mark Yetter, also known as Riot Scruffy, a familiar face associated with Riot’s balance team. Many changes are seen, but the one change that will terrify SoloQ players is probably the planned buff to Master Yi, a farming-centric jungle pick whose win rate has been hammered by the latest patch.

The previous changes in the experience and gold received from clearing neutral camps have been negatively affecting his win rate, currently hovering helplessly at 46%, as OP.GG reported. Currently there is no information on which aspect of his kit is getting some love, but it is probably his early power – since the current meta heavily favors jungle picks who are more aggressive early game.

That being said, any buffs to Master Yi have to be taken with extreme consideration. Master Yi did wreck havoc in the solo queue earlier this year with the extreme frustrating build consisting of Duskblade of Draktharr, The Collector and Essence Reaver. Master Yi was able to one shot anyone with impunity, thanks to the stealth and damage provided by the build. Due to the nature of his kit, Master Yi can abuse many new items introduced in season 11, so a small buff can have a great impact on his win rate.

Many items are going to see adjustments to make them more balanced, such as Stride Breaker, which has been a tad bit too overpowered on Juggernauts, for their only weakness of getting kited is not apparent anymore, thanks to the lunge and slow from its active. Maw of Malmortius, Black Cleaver, and Serpent’s Fang, three underused items will receive significant beefing up from Riot.

Black Cleaver is getting its missing health passive removed, in exchange for a much lower price, being 200 golds less, higher HP, and a movement speed passive based on how many stacks are applied on the target, making it a much more appealing purchase on bruisers and juggernauts whose major weakness being vulnerable to kiting. Combined with Stride Breaker – despite its upcoming nerfs, champions like Darius and Garen who can stack it passive quickly can be formidable forces to deal with.

The passive portion on Serpent’s fang is receiving a positive change. Upon inflicting damage on the target, any shield applied with have its amount halved, (30% if the user is ranged). Does not affect magic damage shield (Morgana’s Black Shield and Kassadin’s Null Sphere, for example). Talking about magic shield, Maw of Malmortius is receiving a reduction in its gold cost, from 3100 to 2800. This will negatively affect the viability of several mages.

The old Serpent’s Fang only inflicted a small amount of bonus damage onto shields, therefore it is not effective against targets that usually build a substantial amount of armor, such as Sion and Gargoyle Stoneplate users. Now regardless of how much resistance the target has, the shield strength will always be deflated by a fixed percentage amount.

Other buffs include Pyke, Karma, Trundle, Sejuani, Jax, and Kog’Maw, all of whom are not really favored by the meta. Seraphine bot lane role has been a pick or ban thing in pro play, therefore a nerf to the most disliked character in the modern League has been planned. Strong ganking junglers such as Udyr, Rammus are receiving some slash in their power since they are, without question, being overtuned at the moment. Azir and Rell are receiving pro play based nerfs, and Senna, who has been plowing through casual play, is getting a power reduction as well. Shaco support and Gragas are thriving with the new AP items, therefore they will be put on the chopping block.