League of Legends: Rank 1 player has 99% win rate at Challenger??? 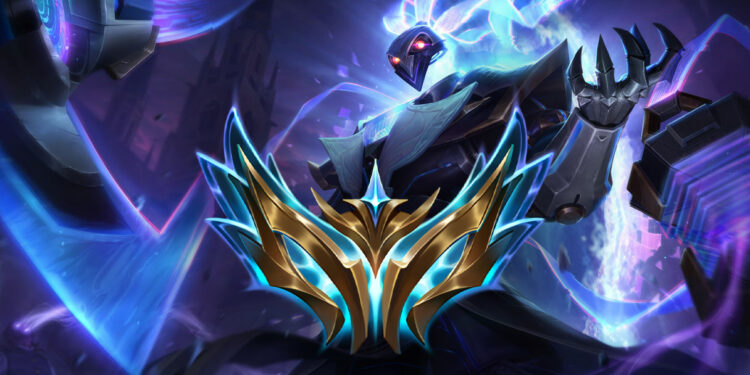 The top flex queue player in North America has a 99% win rate in League of Legends. So, let’s have a look at how this is even possible

Because of its thrill and difficulty, Rank is the most popular game mode in League of Legends. Currently, there are two ranked modes: Solo Queue and Flex Queue.

Players are all aware of Solo Queue, however, Flex Queue is something that many players don’t even play that much. In Flex Queue, players can participate as a team of any size (except for four parties) and play with each other, and also use League’s integrated voice chat system.

League player Year Year U Fish is one player that played with a group of friends to climb the ladder. Year Year U Fish, the Rank 1 player in North America, is a Challenger-ranked player in Flex Queue with an astounding 99% win rate.

How is this possible?

In League of Legends, Year Year U Fish is a Support main. According to OP.GG, the player’s solo queue rank is Platinum 1 with a 58% win rate. Meanwhile, as previously stated, the player is currently at Challenger on Flex with 2188LP and more than 99% win rate.

One thing to note is that he only played 22 games in Solo Queue this season; nevertheless, he played 242 games in Flex Queue, winning 239 of them and losing only 3.

We don’t know if the player is cheating or not. There have been allegations that they are win-trading. The most probable explanation is that they are using bought accounts or smurfing.

Because they may quickly line up with each other in the flex queue by adding them to the party, win trading is more prevalent in the solo queue rather than the flex queue.

There’s no way to tell what’s going on behind the scenes unless the Riot staff investigates this suspicious activity and undertakes a thorough investigation into Year Year U Fish’s flex buddies who have been dominating League of Legends flex queue.