League of Legends: Ranking 10 most rare skin that gamers are hard to own 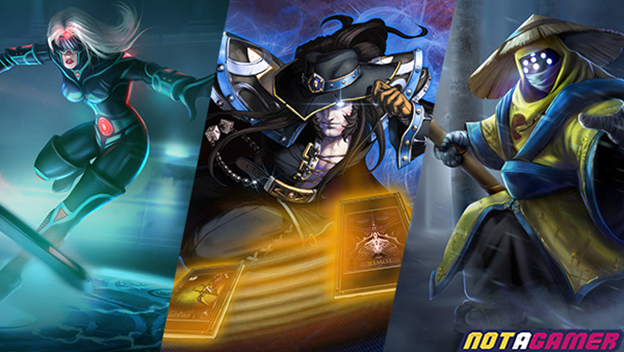 Skin are the main source of income for Riot Games to maintain and develop the League of Legends. Therefore, Riot designers still constantly create and produce beautiful skin.

However, there are exceptions, we still see Riot Games made skins not for sale. Or rather, even if you have money, it’s hard to own these rare skin. What you need more, it’s lucky and at the right time.

“Right people at the right time”

The only way you can own this Bowser-related skin in the Series Game Mario is to take part in the LoL Closed Beta. Although very rare, King Rammus is almost no different from the default.

However, as far as I know, in Vietnam server, you can also get this outfit by completing the new player mission to reach level 30. But these tasks are now closed.

“Luckily, I have a Skin King Rammus UwU.”

Players pre-ordered the installment of League of Legends Collector’s Edition game will have the opportunity to own extremely rare skin that have never appeared in the store, including Human Ryze, Black Alistar and Silver Kayle.

However, Annie Gotica skin alone had the opportunity to appear for an unclear reason. The reason these skin become extremely rare is that few people pay for a free game like League of Legends.

A reward for players who have completed at least 10 matches in the first season.

The rare skin of Prince Jarvan Yondaime is the reward for the Rank Gold player and above in the 2011 season.

The rareness of this outfit comes from the League of Legends just emerging in the newly launched phase. Later, other Victorious Skin of Janna, Morganna, Sivir and Elise became more popular.

Initially the Championship Riven was a casual outfit like any other outfit, but then Riot Games decided to choose Riven as a tribute to World Championship Season 2, making her one of the most beautiful and rare skin champions

The Championship Riven is designed based on the lava of the Kawah Ijen volcano in Indonesia, with a large amount of typical blue sulfur gas. Until World Championship 2016, Riot Games decided to redesign and open this outfit with Championship Zed.

However, Championship Riven version has become a limited costume and you cannot own it again.

During 3 years at PAX fair from 2009 to 2011. Riot Games distributed hundreds of special skin for attendees, including PAX Twisted Fate, PAX Jax and PAX Sivir.

In which PAX Twisted Fate owned the PAX logo on hats, shoulders and gowns, PAX Jax was designed based on the Cardboard Tube Samurai icon in the Penny Arcade series, while PAX Sivir was a tribute to the science fiction film series: Tron

At first, the value of PAX costume code was sold for up to hundreds of dollars on eBay, before Riot Games decided to permanently block the amount of leaked code.

Like the PAX outfit, Riot Squad Singed is Riot’s gift for game developers to attend Gamescom and E3.

By 2011, they decided to stop giving Singed code and replace it with Riot K-9 Nasus, Riot Graves, Riot Blitzcrank and Riot Kayle.

The first legendary skin of Riot, dedicated to all League of Legends players registered before January 14, 2010.

Urf Warwick is the first April Fool’s Day (April 1) costume for Riot Games, with prices fluctuating continuously from 5,000 RP to 50 RP and up to 500 RP and 5,000 RP within 1 week at the Serve North America

It is known that all sales from this outfit are used to support the sea ​​pig protection fund. Years later, Riot continued to release Corki Urf, Nami Urf and Tahm Kench Urf on April 1.

“This is also the day that URF died :l”

The only League of Legends outfit removed from the store because … too bad.

Basically the Rusty Blitzcrank looks no different from the original skin default. Riot Games is also not satisfied with this product and decided to permanently remove from 2010 to the present.