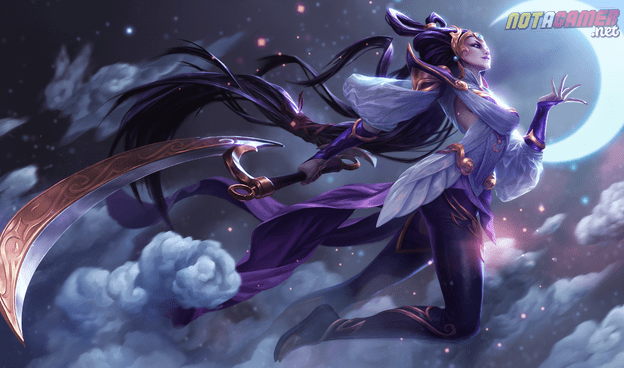 Here’s Squad5 with details on Diana changes testing on the PBE this cycle:

“Hey all, we’ve got some Diana changes headed to PBE including Gameplay changes, new Visual Effects, and Sound Effects – we wanted to put up a post detailing what you’re going to see, and give some context for the major gameplay changes.

Updated Visual Effects – similar to the VFX updates we’ve done to a number of our older champions, all of Diana’s VFX are getting at least a touch up, including new VFX for her ultimate, and better visuals on her passive.

Updated Sound Effects – again, similar to the SFX updates we’ve done, all of her SFX are getting touched up at least, notably her shield and dashes should be a lot more noticeable, as well as all new SFX for her ultimate and her passive.

We’ve got some gameplay changes aimed at helping Diana’s pre 6 lane, and making both the playing as and against experience of Diana less feast or famine.

The first gameplay change I’ll talk about is the biggest one – we’re switching Diana’s current E (Moonfall) and R (Lunar Rush) abilities and making changes to them to respect their new roles on the kit.

Here are the tooltips for the two abilities:

Lunar Rush should be familiar, functionally the same as her old ultimate with its changes being primarily tuning based. The Moonfall changes add a new, ultimate level source of damage onto Diana’s kit that she can use for solo assassinations or go for the big play of getting a massive teamfight winning vacuum.

Having access to Lunar Rush early should give Diana more agency in lane to maneuver, and give her more options than simply trying to survive until level level 6. Or in the case of jungle Diana, make her clear and ganking patterns stronger.

New Moonfall gives Diana a new tuning lever to hopefully make her more enjoyable to play both as and against. One of the core problems Diana currently has is a lack of variance when she attacks her enemies. She trains them down with multiple dashes and if she’s winning she likely kills them without much recourse, but if she’s losing she likely can’t dish out enough damage and simply loses the fight. With the addition of a bigger moment to play around, opponents can attempt to get out of Moonfall’s detonation, while Diana can look for a big multi-opponent cast to pull out extra damage.

This swap should overall help both the laning and later game concerns that Diana players have, and hopefully also reduce some of the frustration that her opponents feel.

The second change is one that will probably be of more interest to more invested Diana players – changes to the way her passive works.

Here are the mechanical differences from her current passive:

Diana’s passive had a lot of rules and mechanics that were put in for specific reasons to tune her lane or her jungle respectively, and after taking a look at them we decided that we could afford to clean them up and simplify the passive back down while instead making adjustments to her base stats and mana costs to make her feel better overall.

This passive version should hopefully be a nice throwback to her original passive while still maintaining the spell weaving gameplay of her current passive.

There’s a lot more tuning that I haven’t mentioned, and more to be done on PBE with the feedback we get, but I look forward to everyone getting to take a look at our favorite moon aspect’s new changes.”