League of Legends: Riot Games should remake Summoner’s Rift after seeing these Image and Video 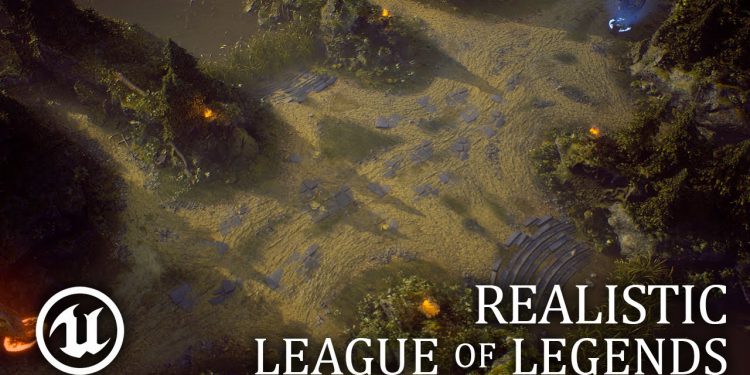 The Summoner’s Rift map was last changed in appearance by Riot Games in 2014, so far, nearly 6 years have passed and this traditional map, no matter how familiar with the player, we ever feel like it’s pretty old? So what if Riot Games edited this map again?

To partially answer the question, a youtube named Wayne S personally implemented a small project within 3 weeks. That is to turn the current Summoner’s Rift map into a … realistic version possible.

Through a lot of complicated and highly specialized work, Wayne S has helped Summoner’s Rift real version have much more depth and vividness.

From the grass to the green groves on extremely realistic and detailed terrains, in addition to the effect of the sun, making the whole map more realistic thanks to the difference between shaded places and places where the sun’s rays come.

Wayne S’s project was very successful when it attracted a lot of attention from the community, he received a lot of praise and admiration from the viewers. However, to apply a map like this to League of Legends, the price to pay is the player’s experience, because:

However, we would like to give some opinions if Riot Games wants to create this map and add it to League of Legends.