League of Legends: Riot must stop the movie project about Garen and Katarina because the 3rd person appears

In mid-2018, Riot Games planned to make an 18+ short film about the couple Garen and Katarina but it was permanently stopped because of the 3rd person.

What is the Enemy of the Enemy?

The Enemy’s Enemy is a short film that was canceled and re-posted as a sketch by former Riot Games writer-writer Leif Jeffers (currently working for Disney Animation Studio) on his personal page. . Story of:

Needless to say, this is the story of one of the famous famous couples of the early League of Legends: Garen and Katarina. In addition, Jeffers also revealed that short films will target audiences from 18-30 years old, not towards teenagers like the usual content of League of Legends.

Currently, we do not have the exact information why this project was canceled. But according to the current plot of the League of Legends in the present, it seems that Riot has temporarily put aside the relationship between Garen and Katarina to focus on developing the plot of Demacia and Noxus in one direction other.

Specifically, Demacia was developed in a related manner as a magic taboo city and besides the rebellion of the magician Sylas, instead of following the path of fighting with Noxus as before. Also because of this, the fact that Garen and Katarina meet and develop affection is a pretty … ridiculous story at the present time. So maybe this is the main reason for Riot to pause this project, at least until Garen and Katarina have a more reasonable reason to meet.

Moreover, many members on Reddit also pointed out that, despite having extremely majestic, beautiful scenes and a story that everyone wants to see , but The film has some very unreasonable details (like Garen might have feelings for a girl who just took kill all teammates?). Perhaps the lack of depth is also the reason why this project was put on the shelf. In addition, the age limit is also a minus point for this project, when League of Legends is still aimed primarily at teenagers.

It seems that with the current plot development direction, it may be a long time before we can witness the official stories between Garen and Katarina. However, due to the short duration of this short film project not long ago (mid-2018), it is possible that Riot is still cherishing projects of love stories between other couples (like Ezreal – Lux, Xayah – Rakan, …), not just fierce battles between enemies as before. 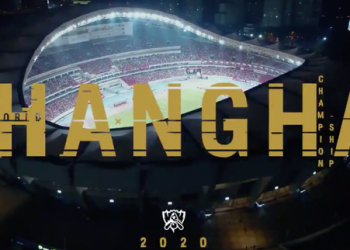