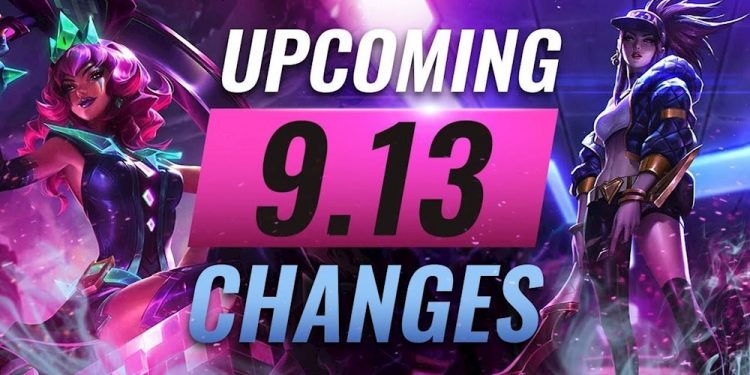 In addition, this Patch also brought big changes for some of the nearly forgotten game champions like Illaoi and Udyr.

The new general who appeared in this Patch is Qiyana. Qiyana’s skills depend on topography such as rivers, dust and walls that can increase the power of her skills.

Several other changes, both Udyr and Illaoi, have received some significant changes. This is considered a mini rework when it changes quite a lot of the of both champion.

Patch 9.13 with the release of Qiyana – the 145th new general. Qiyana and the only Assassin general released in the League of Legends for a very long time – basically it can be said since Zed – this has made her one of the most interesting champions recently released.

In addition, Qiyana has a unique skill set when it can change depending on the terrain she is standing on. Qiyana may have a bit of difficulty adapting to the current meta, but at least she is still very interesting for the player to test.

The new game mode most interested by players during the past time – Teamfight Tactics was officially launched in version 9.13.

As a mode based on League of Legends but this is a completely independent mode when new players can participate and experience quite easily.

With the Teamfight Tactics, personal skills will no longer matter, all based solely on tactics and … dignity. Players will be confronted with 7 other players in a race to build the strongest team and the last survivor will win. It is known that this mode is still experimental and players may encounter some errors during the game but Riot will care about the player’s feedback and complete this mode in the shortest time.

3. Illaoi received a lot of changes

Illaoi has been release for nearly 4 years and she has never found her position. Therefore, the change of Patch 9.13, she is expected to appear more.

W now has a minimum damage of 20/30/40/50/60 and additional damage will be applied to the turrets. Illaoi also receives a number of changes with the E which includes the time the enemy’s soul is held will no longer decrease when they attack Illaoi. Hopefully these changes will be enough to help her return to League of Legends.

This Patch 9.13 of Riot will bring some changes for Udyr. First, all of Udyr’s skills can now reach level 6, giving a little more power at the end of the game and a few more options for Riot to balance.

This will help Udyr no longer fall into an OP situation or are too useless when buffed or nerfed. In addition, Riot also changes the stats of all skills and surely these changes will make him stronger than the present.

A variety of Arcade skins have been released in Patch 9.13. This time, this group outfit will be designed for Kai’Sa and Caitlyn – Caitlyn will also receive the Prestige Edition version.

In addition, the Battle Boss skins is also released, for Qiyana and Yasuo.