League of Legends: The longest in-queue time ever 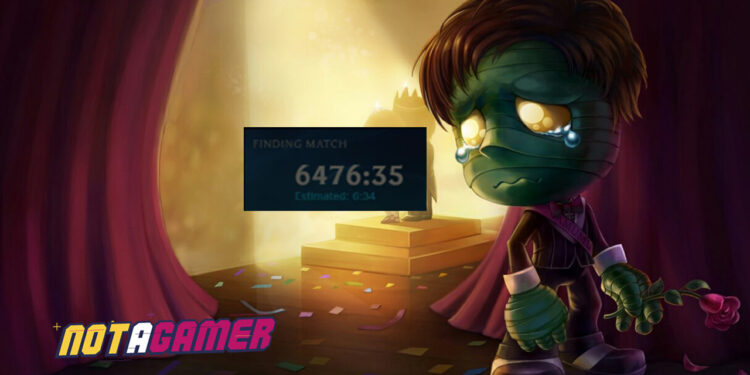 A player suddenly found this amazing point of the in-queue time when he was testing the limit of the client.

LoL is an Esport game connecting players all around the world together, so the match-finding time is regularly short. Usually, the in-queue time for a normal match will be under 1 minute, and 3-5 minutes for a ranked one, depending on your elo. If you are a Master, Grandmaster, or Challenger, the period of time required for a match will be approximately 10 minutes.

However, recently, a player has figured out that the longest in-queue time in LoL is PROBABLY 6476 minutes and 35 seconds. The story began when a player named “RagingRocket” looked for a Draft Normal game on the EUNE server on August 28. After 20 minutes of waiting, he took a screenshot, sent it to his friends, and said that it was the longest in-queue time he had ever seen.

When the number was over 60 minutes, he found out that he would never have a match this way. However, he did not leave the queue but challenged the client for the longest in-queue time. He even ignored his PC and went to bed while the time was passing.

After 4 days, his in-queue time finally stopped at 6476 minutes and 35 seconds, when the LoL client automatically forced him to log in again. Sharing this on Reddit, RagingRocket said that he planned to wait until the number reaches 10000 minutes and take a screenshot as a “souvenir”. Nevertheless, the client did not allow him to complete it.