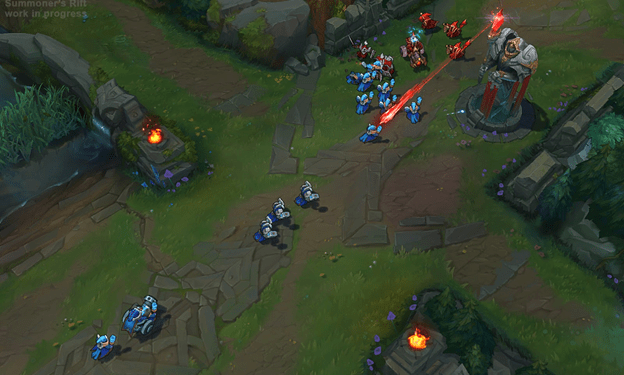 The new season changes make the creeps also confused. The appearance of too many bushes also makes these minion quite Chill and have strange actions.

Specifically, when the first minion appeared, instead of attacking the other party, they turned to attack you.

When you kill a minion, those minion will attack you, the minion will only attack you when you attack the enemy champion. However, season 10 soldiers attacked to avenge his friend. This will also more or less affect the ability of the player to travel when exchanging skills with the opponent.

In some cases, when creeps attack the turret, they will not stand still as before, but will instead run around as if they have too much energy.

In addition, there are a few situations where these minions are confused by the new map when constantly appearing confusing moves.

Hopefully our minions will get used to the new map in the upcoming updates along with the minor bugs that will be overcome by Riot.