League of Legends: Too Much Nerfs on Akali? 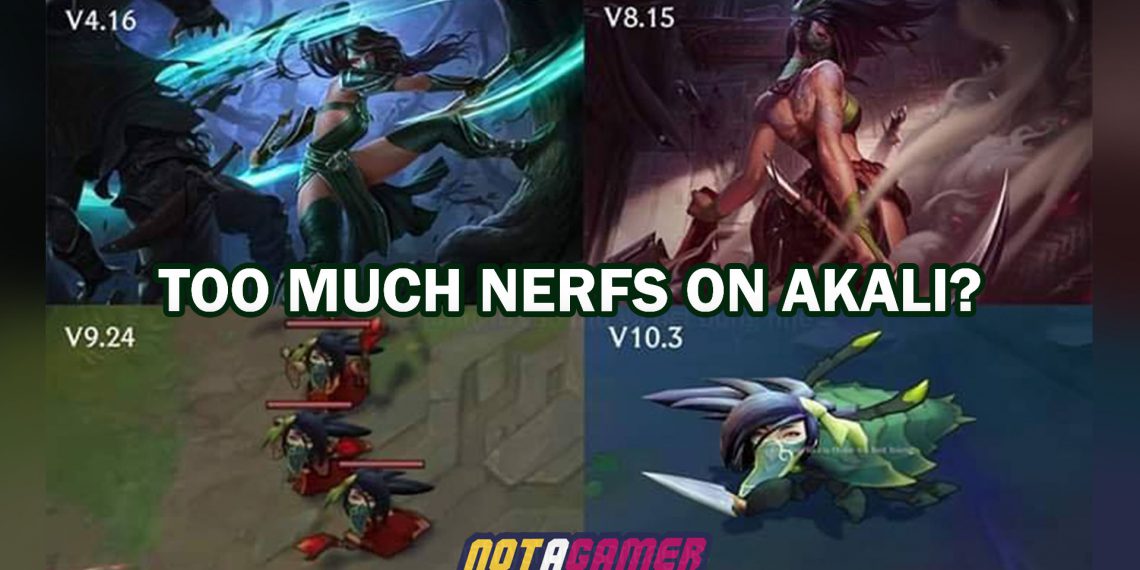 The climax of these Akali nerfs is this coming Patch 10.3. Riot seems not to give much love to Akali anymore.

In the coming update patch, if Akali is immobilized while in her (W) – Twilight Shroud, she is revealed for the duration of the immobilizing effect.

About Akali’s (R) – Perfect Execution, R first cast will change from Free Targeted into Enemy champion targeted. So she won’t freely use her ultimate to dash without a target.

Players mentioned that at the end of the season 2019, the idea of changing Akali’s Ultimate into a Unit-Targeted ability was proposed, but got denied.

Other players wanted Riot Games to bring back the old Akali, with her Q and R as Unit-Target abilities. A Reddit user even cracked a joke, “One day, Akali will received a nerf whenever she uses her (W), her health bar will go down because of breathing inside her own smoky shroud (W).”

Finally, after 2 years, Akali would be able to escape from the Ban/Pick Rate…

There is no accurate statistic about the number of times when Akali got nerfed. However, she has a record of 14 times getting nerfed continuously.

Do you think Patch 10.3 is going to be the last update patch that Akali is going to get nerfed?