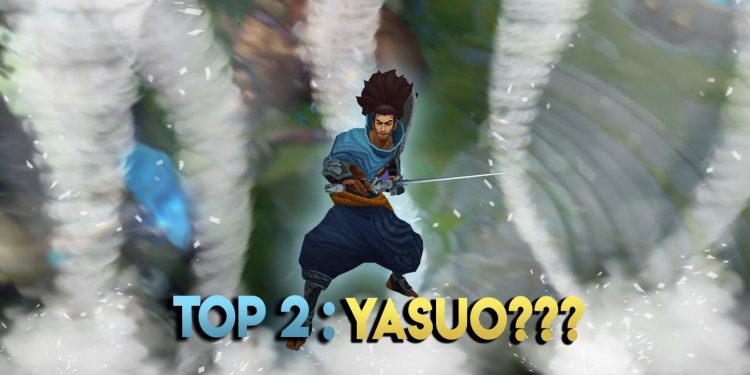 Surprisingly, topping this list is not a familiar name but Braum. Topping the list with a rate of 2.29%.

The fact that Braum is at the top of the list is probably because the player does not really understand this champion when they uses and picks Braum into the game and realizes that there is nothing that can be done besides harming the team, so AFK.

At 1.79%, it is understandable that Yasuo appeared on this list with second place. There are many reasons why Yasuo is a champion with such a high AFK ratio.

Firstly, Yasuo is a champion that attracts many players who want to use it. But it is not easy to play. Most people who first played Yasuo died constantly, resulting in cursing and then AFK

Third, Yasuo mid or top which is always the target of the opponent for some reason. Being constantly camped along with being cursed by teammates also makes some players bored and AFK.

A champion that usually appears at low ranks, is a nightmare for both enemies and teammates. Too strong Yi is an extremely dangerous thing, but a weak Master Yi is even more dangerous.

In addition, this is also a regular appearance, so it is normal to rank 3rd with 1.74%

Nasus is a champion that is not weak in the hands of a master. But Nasus is also a nightmare for his teammates, this dog ranked 4th in the rankings with 1.72%.

Farming with Nasus is not easy for new players. Nasus 100 to 200Q in the 20th minute is easy to see in many matches. With a few words of criticism, a few curses of a teammate can make a certain AFK youth.

Owning a skill set and a difficult way of playing for players, to master Kayn is a process.

Most AFK players with Kayn is because this champion is not easy to play, along with continuous death is the reason why Kayn players are cursed.

Information From: LEAGUE OF GRAPHS