League of Legends Wild Rift: People are skeptical about the graphics of the Mobile version better than PC 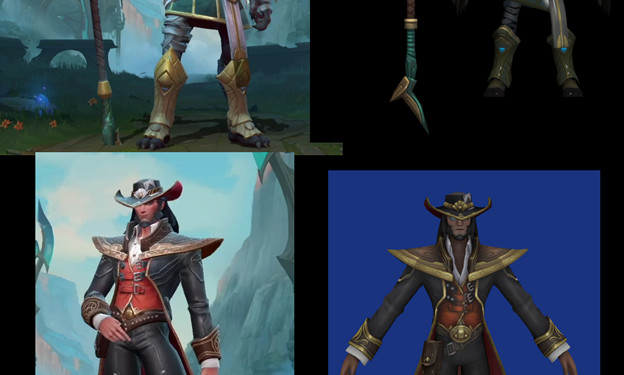 Riot Games has released quite a lot of images for League of Legends: Wild Rift – the most anticipated mobile game at the moment.

With bright and smooth graphics, League of Legends: Wild Rift is considered a quality version no less than the original. However, in some frames, players assess that LoL: Wild Rift has more detailed graphics and effects that are superior to the original.

Reddit user “Jakequinn113” has posted a comparison of the graphic quality of Nasus and Twisted Fate. Easy to see in League of Legends: Wild Rift, from weapons to clothing, the details are clear and bright colors, highlighting the champions skin. Jackequinn113 thinks that LoL: Wild Rift is a big step forward in graphics and completely surpasses the original.

However, many other players have objected to this comparison, because the image in LoL: Wild Rift was taken from the stereoscopic illustration of the skin rather than the real image when in the match, while the photo in LoL was taken completely full of ingame, so the graphics can be inferior.

In fact, League of Legends: Wild Rift ingame absolutely does not have the graphics as in the skin illustration, because all must be minimized so that the process of combat and game operation is smooth, without lag.