League of Legends: Will this year’s Victorious Skin be Lux? 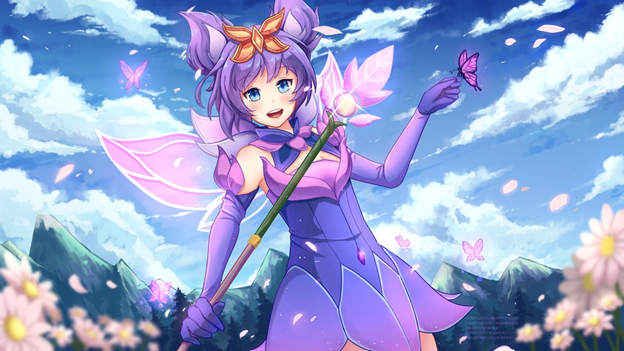 Up to now more than 4 months, Lux has not added any new costumes, this is a very strange thing.

Besides the evolution of the biggest League of Legends tournament of the year, perhaps finding the owner of this year’s Victorious skin is also a topic of great concern.

2019 was the season that saw the most meta diversity in League of Legends history, and many champions became candidates for the Victorious skin. But most striking, was still Lux.

Why is Lux the name most likely to own the Victorious 2019 skin? Let’s take a look at the criteria that Riot Games has announced to choose the right champion for this costume line:

– Not have any costumes belonging to the line of Victorious, Championship or Conqueror (Challenge): It is clear that Lux does not own any of these skins.

– Affect the game play in a “positive” way: In the middle of the season, Lux Support is really a very good quality choice in big tournaments. Moreover, Lux being a hot pick is not considered a meta imbalance, she only emerges in the professional arena when the players know how to take advantage of the champion combined with Aftershock

– There are no new or upcoming skin, and are not on the list of champions rework: The most recent costume is the Battle Academy Lux and B.A Lux Prestige Edition the Pre Has been released since May.

Lux also has a decent build and skill set, so Riot Games has no intention of reworking her, at least within the next year.

– The number of skins that champion owns: Previously, Riot Games often chose the champions who didn’t have too many outfits to make Victorious skin. But that routine was broken in the 2019 season, Alistar and Ryze were the owners of the Conqueror (MSI) and the Championship (WC) skins even though they had many skins. So there was no reason for Lux to not become the next name.

– Costume quality: Riot Games once shared that Lux owns too many costumes because this champion is too easy to design. From feminine, beautiful, to the skill set with many different effects.

Based on these factors, Lux is the brightest candidate for this year’s Victorious Skin. There is no need to argue, that if Victorious Lux was released, we would not need to doubt the investment of this outfit.