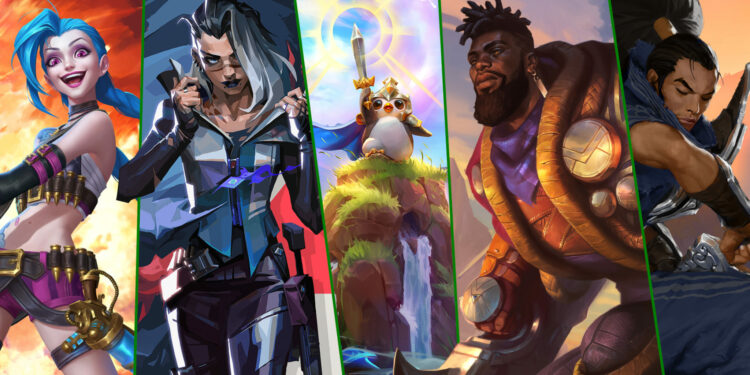 Now, Riot Games and Xbox have officially partnered. League of Legends, Wild Rift, Legends of Runeterra, Teamfight Tactics, and VALORANT will be available on the rapidly expanding Game Pass service, as the company announced today.

The new cooperation between Xbox Game Pass and League of Legends is a huge deal. It will assist to increase the game’s popularity and encourage new players to check it out.

League of Legends and Xbox Game Pass will collaborate on December 12, 2022. As a result, all players with a Riot Games account and a current Game Pass subscription will get some special advantages. Furthermore, for a limited time, the creators are giving away a few of limited rewards for free.

For a limited time, players who link their Riot Games account to Xbox Game Pass will be able to get a Masterwork Chest and a Key. From December 8, 2022 until January 1, 2023, the awards will be accessible.

Players with an active Game Pass subscription and a Riot Games account will also be eligible for the following benefits:

League of Legends has never had a way for unlocking all champions other than grinding or spending money on each one. However, with the cooperation, players would receive everything right from the start.

It is reasonable to predict that the popularity of this game will soar in the next few days. Players that purchase the Game Pass of the game will be able to circumvent that system and utilize all of the champions whenever they want. It is crucial to note, however, that just the base champions will be available to gamers right now.