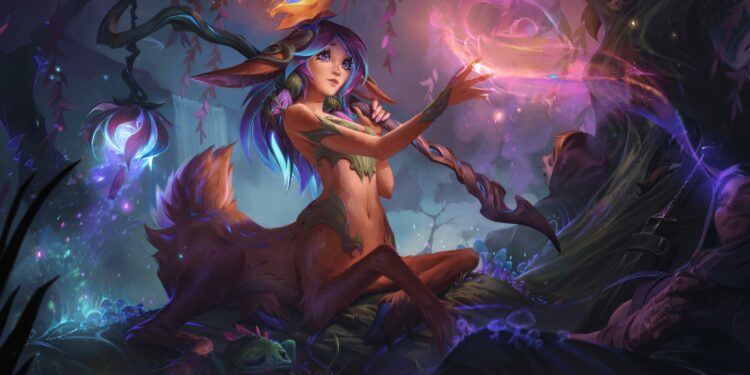 The Bashful Bloom is striving to make a comeback on the Rift with this League Patch 11.14.

One of the major changes that are coming with League Patch 11.14 is for Lillia – The Bashful Bloom.

The jungle meta in League of Legends has dramatically changed since the start of season 11, leaving many champions seeking any possibility of relevance around Summoner’s Rift. Lillia, one of League’s more recent jungle arrivals, has changed dramatically from her strength early in the season, and she’s on pace to acquire the support she needs to go back on all fours in the next League Patch 11.14.

Riot Maxw3ll, a game designer at Riot Games and the creator of Lillia, gave details on the adjustments that were recently added to the PBE. These adjustments are intended to preserve Lillia’s requirement for speed throughout all ranks, particularly pro play, while also ensuring that fleeing isn’t her primary approach. Maxw3ll also mentioned that the modifications presently on the PBE are expected to be rolled out to live servers in League Patch 11.14, which just recently revealed champion changes.

Lillia’s base stats are receiving minor boosts to her Armor and HP regen. To go along with her improved chances of survival, she’s getting a new passive that heals her while fighting huge monsters and gives her more Ability Power while facing off against opposing champions.

Lillia’s Q has been heavily nerfed in terms of movement speed and mana cost, making it less effective to spam as Lillia’s primary source of damage at early levels. To compensate, it will deal a little more magic and true damage, as well as provide her with a little bit greater movement speed for a little bit longer.

Lillia’s W, which hasn’t been striking as hard as it should, will have its basic damage and damage ratios increased, while the 50% damage reduction against minions will stay. Because Lillia has been a little too dependable at bowling and knocking down her opponents with her E, its cooldown has been substantially increased. However, it now has a flat 40% slow on enemy champions struck, as well as hitting a little harder with a minor boost in damage in League Patch 11.14.

Lillia’s finest trick is putting foes to sleep, albeit it may sometimes be too strong for its own good—but Riot isn’t exactly nerfing this ability to oblivion. Although the length of sleep has been drastically reduced, as have the slows to opponents struck, a ten percent boost in the AP damage ratio against sleeping champions may be all Lillia needs to send her adversaries back to the fountain.

These Lillia modifications are presently on the PBE, and according to Riot Maxw3ll, they will be rolled out to live servers with League Patch 11.14, which is slated to be released on Thursday, July 8.