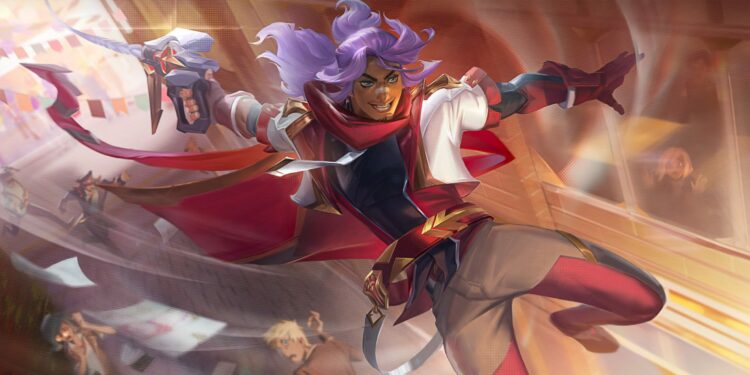 New AFK strategy that is ruining every single game

Because of the emergence of alternative account dealers in recent years, botting has quickly become a major issue for League of Legends developers.

It’s a terrible AFK issue that is impacting the games of individuals wanting to develop their skills or those who are just getting started with the game. Bots will use reasonable amounts of scripts to avoid being detected by Riot Games’ AFK detection systems, and a new approach has just been uncovered by some League players on the League of Legends subreddit.

The strategy is pretty straightforward and simple: Pick Akshan – buy Doran Shield – swing around wolf camp for the whole game.

In an A.I versus game, bot accounts will select Akshan, purchase Doran’s Shield, rush over to the wolf camp in the jungle, then activate the champion’s Heroic Swing ability to continually fly around the camp without dying or going AFK.

Akshan’s Heroic Swing was recently updated in patch 12.20 so that he may swing infinitely without stopping unless he runs into an opponent champion or is affected by some sort of CC. Doran’s Shield provides Akshan with some early sustain and tankiness, allowing him to continue spinning around without absorbing damage from the camp.

As a consequence, other teammates are forced to play the game 4vs5, which is inconvenient for actual players who are attempting to level up their accounts in order to access additional game modes in League. Fortunately, Riot’s senior design lead Jordan “BarackProbama” Checkman reacted to the charges, stating that the developers are investigating the problem.

Many users are hoping that this new issue will be patched or deleted in a future hotfix.