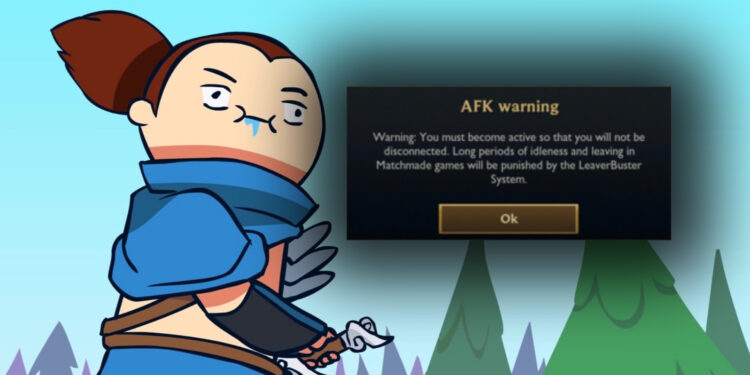 Nothing irritates players more than AFK teammates, and it can happen in almost every game, and there is no ideal method to keep people from becoming AFK.

Riot, on the other hand, aims to alter that by addressing the issue head-on in League of Legends with a punishment structure and other elements that aim to penalize disruptive conduct.

Recently, a League of Legends player started a crowd discussion on the new AFK detection system in a Reddit post, which informs players after a minute of inactivity, prompting a reaction from the developers.

Other gamers weighed in, with one fan proposing that the warning should only be activated after a short period of time (30 seconds minimum).

“Should be 30 seconds minimum, some people go grab water or food before game starts and getting to the game at 30 seconds in isn’t going to change much unless your team really wants to invade.”

The developers responded, stressing that the new notice only appears after 60 seconds of inactivity and that it’s not unreasonable to expect users to do anything to keep active.

“The pop-up is at around 60 seconds since your last input and it takes 90 seconds of no input to trigger a remake option, and we think it’s a reasonable ask for folks to click something in a 60/90 second window. Could potentially move back the popup. 30 seconds for water should be fine (but also the game does start at 0:00!)”

League producer Chris ‘Auberaun’ Roberts then continued to replied back to a situation where a player also got the AFK detection multiple times when the player was reading the items in practice mode, claiming the team would look into the situation soon.

With the objective of creating a healthier and more pleasant community for the players, it’s reasonable that the devs are so focused on preventing players from going AFK. However, the community plainly believes the latest warning is unnecessary.