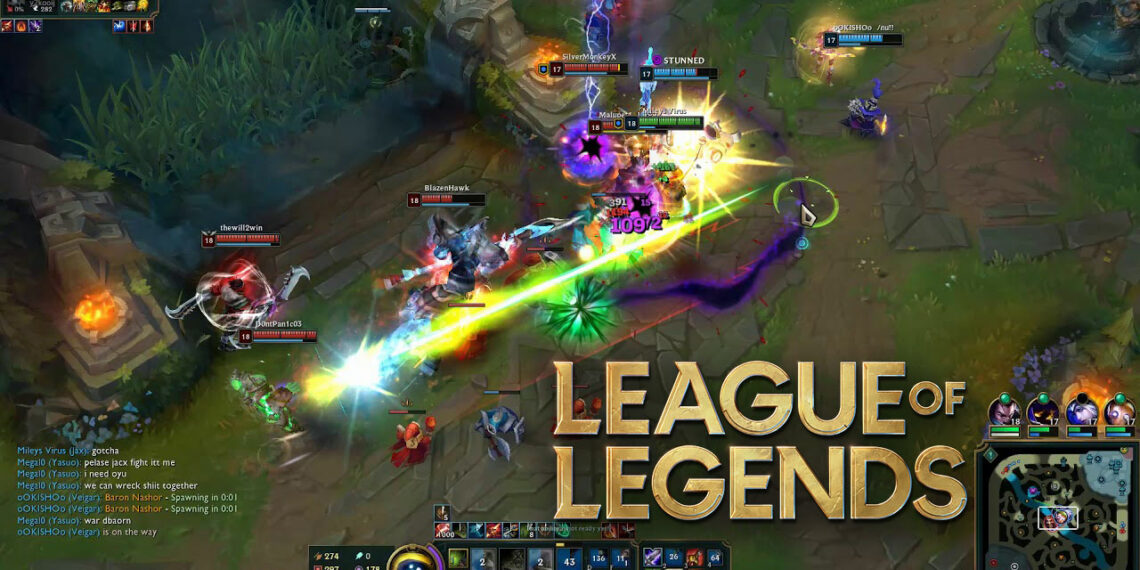 It’s hard to believe that Riot Games have neglected this significant element of the League for over 10 years.

As for League of Legends having reached the 150-hero milestone, there is an incredibly large number of abilities details that gamers need to bear in mind. In recent years, even a number of champions were reworked, making their experience no longer true. That is not to mention the minor adjustments in skill effects that Riot presents daily.

Volibear and Fiddlesticks are the two latest reworked champions, along with Dr. Mundo rework in the future

Furthermore, the pace at which Riot Games has launched skins in the last two years has been exceptionally high, with certain skins causing players to misinterpret generals and contributing to unpleasant circumstances. This requires League of Legends, not only to switch on/off the player names, but to show the hero names on the HP and energy bar. So how weird that this apparently important feature of League of Legends doesn’t exist, therefore, players are forced to speak up about it.

There should be an option in-game to display champion names instead of summoner names.

With Riot releasing more skins nowadays than ever before, there are going to be more and more cases of champion identity mixup for those who have similar skin lines/model and animation, which is essential information to pick up at a glance. There are some moments when I am expecting a Soraka but really it’s a Lux, and just yesterday I got hooked by a spirit blossom Thresh, when for some reason I thought it was Taric casting dazzle.

I could see these situations becoming more and more frequent and thought this could be an easy option to implement more clarity in for those who need. What use is the enemies summoner name anyway? If you really want it you can hover their icon when you press tab. Could also be helpful for newer players who get confused in hectic team fights!

Yeah it would definitely improve clarity and I don’t give a shit about other people’s summoner names anyways.

It’s a no-brainer IMO, that feature should have been implemented long ago.
It would also help new players learn the game.

I really mix Soraka and Lux with certain skins, it’s quite annoying.

DOTA also has this.

The colorful skins make players confuse champions among themselves

Riot Games has, as we can see in the last couple of years, released a number of shiny skins and reduced champion’s characteristics. They can sell well, but it is a real challenge for new players, finding it difficult to differentiate between the champions and what is happening in team combat. It is indeed time for Riot Games to add the hero names feature to League of Legends.

Meanwhile, DOTA2 has had this function for a long time ago