Lillia to be a possible hot pick for Worlds 2021 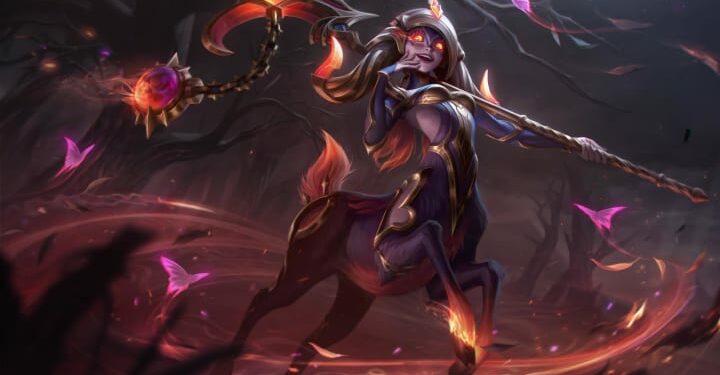 After more than half a season of quiet, the buff in Patch 11.18 has brought Lillia back to the Rift.

Riot Games will introduce major meta changes in League of Legends updates 11.18 and 11.19, affecting the biggest eSports event that every gamer has been anticipating – Worlds.

Riot has given champions 10 nerfs and 18 buffs in this update. Although not all of the changes are significant, Lillia is one of the few champions who has received special attention after game developers noticed that she is currently too strong in the top lane and almost non-existent in the jungle.

-Base health regen per second decreased from 1.5 to 0.5

-Cooldown reduced from 18 seconds to 16 seconds

Lillia’s base health regen and health regen growth have been nerfed to balance out the buffs to her passive, Dream-Laden Bough. Because the increased nine base healing rewards her for killing large monsters in the jungle, Lilli will revert to her original role as jungler.

The Blooming Blows and Swirlseed buffs in League of Legends patch 11.18 are especially useful. Blooming Blows’ passive now stacks Prance every 6.5 seconds whenever Lillia uses one of her abilities on an enemy unit (including jungle creeps), and gains bonus movement speed. When the duration expires, stacks are lost every 1.5 seconds.

By expanding the stacking window, she is able to travel from camp to camp without losing Prance stacks and clear the jungle more quickly. This passive is also triggered by Swirlseed, which she uses to clear camps.

With all the forth-mentioned changes and the facts that we are expecting some serious meta shifts at Worlds 2021 after the release of League Patch 11.19, Lillia can be one of the must-pick option at the upcoming Worlds 2021.