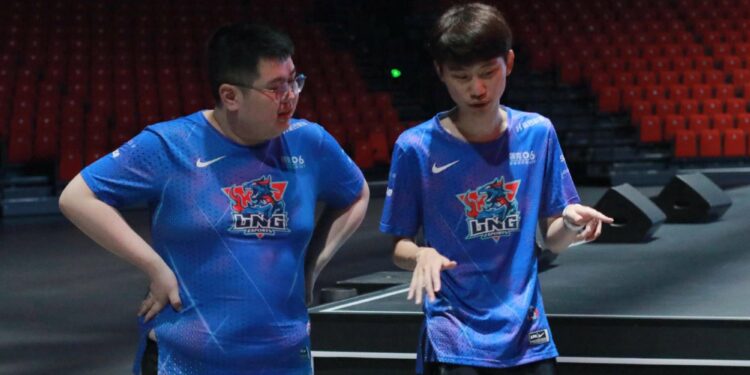 After a difficult game, a struggling League of Legends professional player – PandaC walked to the store only to be bullied by the cashier.

Although League of Legends is undoubtedly a popular game in the West, it’s tough to overstate how well-liked it is in places like South Korea and China.

When Hu ‘Ale’ Jia-Le, LNG’s longtime starting top laner, was having trouble, Chinese professional player Qi ‘PandaC’ Xin was added to the starting lineup. Players like Kim ‘DoinB‘ Tae-sang, the 2019 World Champion mid-laner, and Lee ‘Tarzan’ Seung-yong, one of the finest junglers in the world, are all part of LNG.

Due to his difficult LPL debut, he is under a lot of pressure to perform well. His poor play definitely shines out when he is surrounded by elite players.

In a match against the low-level squad Rare Atom, whose lineup the caliber of LNG’s is predicted to defeat, he was spotted on the edge of tears. However, a significant portion of PandaC’s sad defeat was down to their subpar top lane play in Game 3 of their set against RA.

PandaC is clearly feeling the strain as evidenced by his poor performance versus RA, which led Ale, the player LNG benched in order to start PandaC, to share a story about how much pressure he is under succeed.