League of Legends: The Things That Fans Most Expect at Worlds 2020 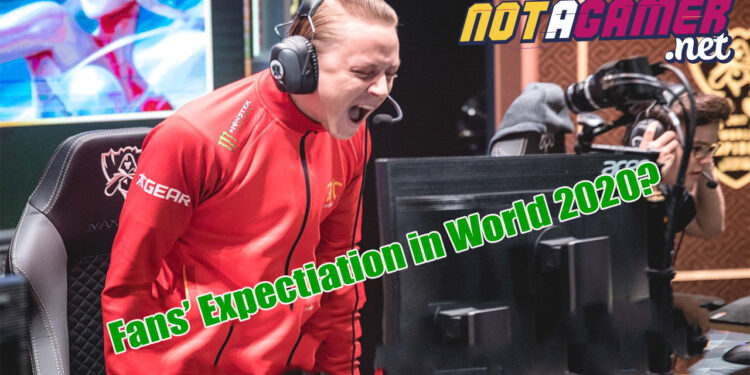 In the past, there were a bunch of reasons that made Worlds the most expected tournament of the year, and so do Worlds 2020.

Considered as the “annual meeting” of the world’s strongest teams, Worlds attracts fans everywhere not only because of the outstanding individuals, impressive teams but also the unexpected products that Riot Games releases such as skins, theme songs or unique moments.Let’s find out what fans around the world are waiting for at Worlds 2020:

This year is the first year 3rd seed LPL – Suning participates in Worlds, in which new notable rookie not only for Vietnam but also the whole world is SofM. In recent days, SofM’s biography has been widely shared by the international community, from the “crazy” debut in LPL 2016 to the nickname “mad scientist” with bizarre creations but effective in both solo rank and tournament. Therefore, the community is looking forward to the performance of “Vietnamese god jungler” at Worlds 2020.

Next is Top Esports, although this team has a lot of members who have made it to Worlds, this is the first time their mid laner, TES knight, joins Worlds. With this guy’s destructive performance at the LPL, the international community is eager to see how this guy perform at Worlds 2020.

Members at the “European circus” always know how to cheer up the tournaments atmosphere through extremely quality “trash talk”. So the international League of Legends community is always expecting “half-truth and half jokes” statements from G2 Esports as well as other the teams participating in Worlds 2020.

In the previous Worlds, there was no shortage of breathtaking matches that even the players who were playing could not hold back emotions. And this is one of the things the international League of Legends community has been looking forward to – a fully emotional Worlds.

On September 10, Riot Games released a song as a sign that the Worlds 2020 has officially started. But what the League of Legends community is most looking forward to is still the theme song for Worlds 2020 – which helps audiences around the world feel clearly the atmosphere of the biggest League of Legends tournament of the year.

And if we look back, the song Warriors from Worlds 2014 performed by Imagine Dragons is considered the most “hype” song of League of Legends, has 279 million views on Youtube and number 1 in the series of World  songs annually.

The Appearance Of The “Deadly Group” In The Draw Show

At Worlds, sometimes luck is a real power, because many teams can make it further at Worlds if they “dodge” the toughest opponents in the tournament. As for strong teams, if they fall into a “easy” group, they can also hide power for important matches. For those reasons, the group draw show will be very thrilling for all the teams and their fans.

For practice or simply for entertainment purpose, gamers will be given an account by Riot to play at the Chinese server (where Worlds 2020 takes place). So the community may be able to see world-class rank matches during this time, or sometimes international “comedy” performances.

In the previous Worlds seasons, there were many underrated teams that surprised the world by winning against strong ones. This not only excited the community but also made the whole group more interesting because at that time every team might have chance to “go home”.