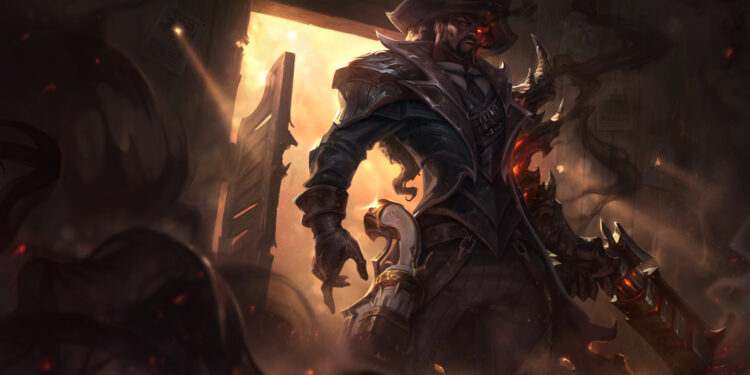 The explanation behind the comeback of Lucian in both ADC and solo lane in League of Legends.

Riot Games, as we all know, significantly tweaked a number of ADCs in League Patch 12.5b, particularly nerfs targeting Aphelios and Jinx. The reason for this is that these are two extremely good ADC generals in the early parts of the current 2022 season, and they frequently face off in professional matches. So, in order to diversify the League of Legends meta, these two champions must be nerfed for other options to rise.

With League Patch 12.5b fulfilled its purpose, the update open up opportunities for other champions to make their way back into the meta, such as Samira, Xayah, MF, and above all: Lucian. According to statistics from op.gg, since League Patch 12.5b, Lucian currently has both his pick rate and win rate rise as the best picks for ADC and even in Solo lane.

First we need to mention the direct buff in League Patch 12.5b for Lucian with bonus AD per level increased and bonus AD scale in his passive. This makes it possible for Lucian to have a lot more damage in the mid and late game when building towards critical. Moreover, with the use of the Essence Reaver as a core item, having such additional AD helps Lucian have a much more stable and stronger output damage in the middle stage of the game.

In addition, we can see in the statistics above that Kai’Sa suddenly has a strong pick rate in both the Mid and Bottom lane positions thanks to the “Faker effect”. Kai’Sa is still basically a weak champion in the early game, so she is directly countered by Lucian, a very strong champion at this stage. As a result, whether you like it or not, you still need to use Lucian in the current meta to be able to override the lane and prevent the opponent’s Kai’Sa from buffing up her power too quickly.

Even in solo lane, The Purifier is still a very strong pick at the moment thanks to the change of Teleport. To put it simply, when Teleport is no longer usable early on, champions that are strong or advance to a good later stage will be crowned in Top lane. And how coincidentally, when Lucian possesses both of the above factors, this champion has become an extremely good choice in the single-rank environment.

Regarding how to build Lucian, this champion still makes good use of the duo of equipment that provides a lot of damage in the middle of the game, Gale Force, Essence Reaver. For the runes, Press The Attack is still a very suitable choice. almost indispensable for The Purifier. If you want to climb ranks with Lucian effectively, you should play with a Nami Support when this is an extremely strong duo in the bot lane in both attack and defense.