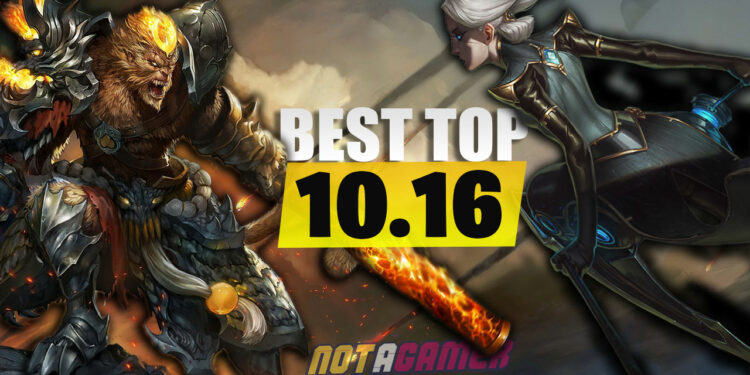 This League of Legends  new update patch 10.16 includes positive  buffs on top lane fighters, which can be said “this is fighters’ era”

Not too strange with “spinning” Jax. From being among most popular junglers to top lane fighters, this guy excels in a duel, especially with the skill set “spin and smash” which makes the enemy even more terrified. In this 10.16 patch, Riot buffs Jax‘s E cooldown from 16/14/12/10 to 14 / 12.5 / 9.5 / 8. Since then, his win rate rised up to 52% according to League of Legends statistics.

If you’ve followed the professional tournaments, then Camille is a champion that can be match with Fiora. The ability to maneuver and great attack damage make this girl on the list. Although the pick rate is 13%, the win rate is up to 53%.

As one of Riot’ s most successful remade champion – Wukong has become super tough in fights and popular in top lane fighters list. The skill set with W skill makes this monkey even more powerful.

In combat he can even rush in like a god and still be able to escape with “knock enemies up” ability from his ultimate. Even so, you should be smart enough to be able to trick the enemy in each case.

After buffing her with the critical ability and Q skill-Lunge, Riot seems to feel that is not enough. In 10.16 the Q buff’s cooldown has been reduced from 16-8 seconds to 13-6 seconds,enemy hit cooldown reduction when attacking a weak point is reduced from 60% to 50%. That makes this girl strong again in top lane fighters list.