Nautilus: Welcome To The Jungle In Patch 11.11 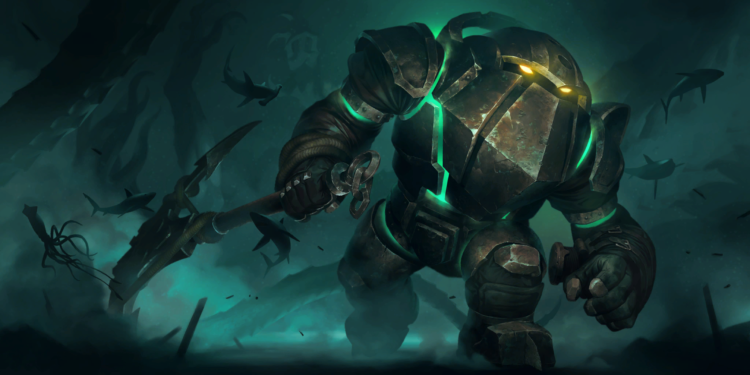 A tanky champion like Nautilus can also exert great power in the jungle position.

Intending to expand the jungle champion pool so that players have more options for one of the roles that have a huge impact on the game, especially in the laning phase, Riot constantly has buffs and tweaks. As a result, many champions in specific positions such as Darius and Morgana can now enter the jungle effectively.

And the next name, another Support champion, was brought into the jungle by Riot in Patch 11.11. And the name mentioned here is Nautilus, the Titan of the Depths.

Overview of Nautilus, this is one of the most comprehensive tankers of League of Legends and has been very popular in recent seasons, although it has also undergone many tweaks. Unfortunately, it will be hard to find a sturdy champion, has many hard CCs, and has wide-area damage like him. And if this champion gets into the jungle, this will also be an extremely annoying match every time he ganks or starts a fight.

Nautilus’ E – Riptide now deals 150% damage to monsters, giving him the ability to clear the jungle faster to support other lanes. Not to mention, from Q – Dredge Line to R – Depth Charge, all are good moves to open combat, control, and burst damage. A successful gank or counter-gank of the team with him can add many advantages in terms of objective controlling as he is challenging to be slain and only needs about half a health bar to tank for his team; to get Drakes, Turrets, or Baron…

The rune for Nautilus in the jungle will still prioritize the Resolve primary path. Aftershock will be an essential rune for him as he has many hard CCs. Next, take Shield Bash, Conditioning, and Overgrowth to give him maximum sturdiness, making him a real tank in team fights and facilitating snowballing or ganking. Domination will be the Secondary path, following by Cheap Shot and Relentless Hunter, so that Nautilus’ skills can be used more often and more effectively.

Overall, Nautilus jungle is a unique matchup and is quite strong in ganking, team fights, or snowballing. However, because of his sluggishness, the player must calculate as properly and surely as possible to avoid situations when the team has to dive into turrets or start a team fight which will let him take too much damage, putting the whole team at a disadvantage.