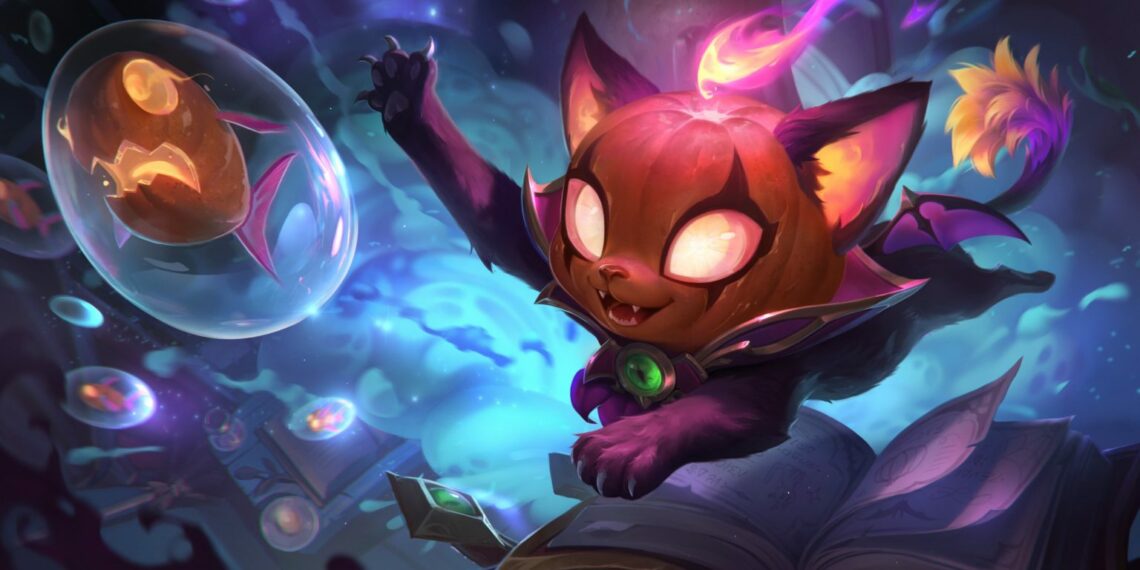 Riot Games has officially released a new skin series to commemorate Halloween 2021 – Bewitching 2021 skin line – following a rather consistent performance in the introduction of even more wicket, funny interaction of summoners in your solo queue.

Syndra, Fiora, Nami, Yuumi, and Poppy will join in the witches of League of Legends’ Halloween celebration, accompanied by a brand-new Prestige Edition of Bewitching Morgana, according to the previously revealed path of Riot Games regarding the sequence of introducing Prestige skins in 2021.

Among the skins released, Yuumi and Poppy are perhaps the two freshly skins that are presently causing the most compassion among the LoL gaming community. Many people believe that this game is now becoming “many” with humanoid skins and champions, thus the addition of Yuumi and a Yordle will most likely become a unique feature. Soon, a new skin line will be released.

Riot Games has revealed the problems surrounding the launch of new League of Legends skins. The firm stated that the release of skins for humanoid champions, as well as the release of new champions, is always a high priority. They are easier to build and more popular with gamers for a very basic reason.

The Bewitching skin line – Halloween 2021 is scheduled to be launched in mid-October, as it is every year, and the Prestige Editiom Morgana costume is likely to be in a Prestige shop or as in The World Championships event that will be held in 2021.