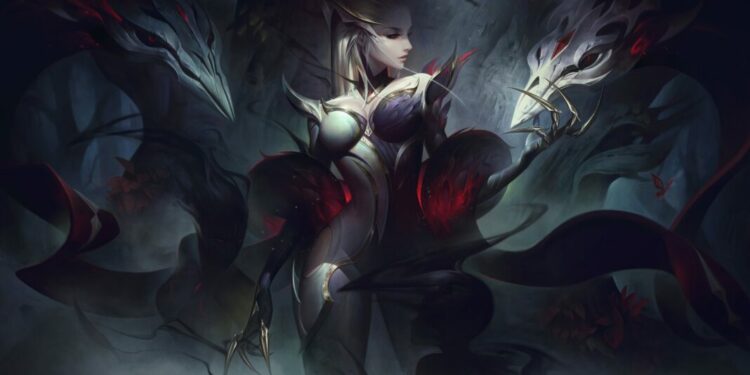 League of Legends is getting a new bunch of skins…

The Coven skin line will include skins for six League of Legends champions. Ahri, Ashe, Cassiopeia, Evelynn, Malphite, and Warwick will all receive new skins. This will add the total of the Coven skin line to 11 champions, along with the current champions that have Coven skin: Camille, Leblanc, Lissandra, Morgana, and Zyra. Also, Riot will be releasing a new Prestige Edition of this skin line for Leblanc.

These new skins will be available for testing on the PBE before being released to live servers. Each champion will be displayed in a completely new context thanks to the new cosmetics. All of the new skins include the skin line’s signature dark purple motif, as well as new stunning effects for a range of abilities.

Evelynn, on the other hand, is given a crimson red motif with her skin and appears more wicked than ever. This can potentially mean that this new skin for Evelynn will be the only Legendary skin of all 6 champions.

A prestige edition of the current Coven LeBlanc skin will be offered as a bonus with this batch of skins. LeBlanc, like any other prestige skin, will be presented in a golden and magnificent manner, with a unique combination of colors that players will not find in any other skin for her.

These new skins should be available with Patch 11.16, which is slated to hit live servers on August 11.