Riot hints at a possible new League champion, as well as potential Vayne and Graves skins through Sentinels of Light web puzzle 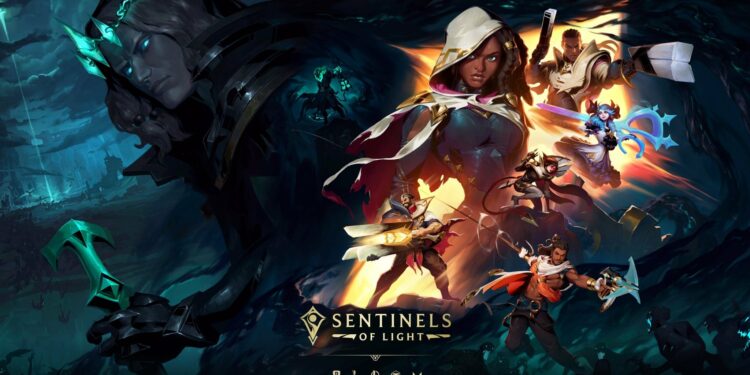 It’s possible that we’re looking at the newest member of Sentinels of Light.

Earlier today, Riot Games released a new Ruination-related web puzzle, introducing a different artwork featuring Viego, Senna, Lucian, Gwen, Thresh, and possibly a new, undefined champion. However, League of Legends fans is expected for one of the biggest events of the year.

In the bottom right of the art, the champion swings in action as he is armed with a weapon that resembles a grapple gun. The page includes a wordmark that states at the bottom “Sentinels of light,” with two dates that probably indicate how long the event lasts (July 8 to Aug. 10).

League fans believe this new champion’s name is Akshan since a message within the puzzle’s source code says, “To the Sentinels—in the event of my death, I appoint Akshan as my successor, to inherit my weapon and keep Shurima protected from the forces of undeath. May you one day find us, Shadya.” Akshan is also the password for the last page of the puzzle, which takes players to the artwork of the Sentinels of Light. Many people thus believe that this is the name of the next champion.

Along with the potential new champion, two additional characters in the picture appear to be Graves and Vayne dressed as Sentinels of Light. The two marksmen likely to receive new skins for the upcoming event, as well as join the fight against Viego and the forces of evil with Senna, Lucian, and Gwen.

It can be seen that various logos from Riot’s popular titles are featured beneath the Sentinels of Light wordmark. The VALORANT logo is to the surprise of many people. The way in which VALORANT and League might cross-over–if they will–is unknown, yet fans should look for new details.